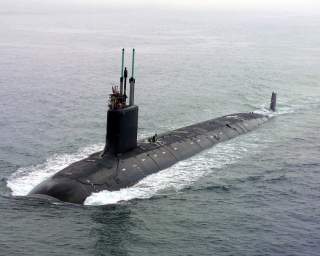 Thailand is the latest country in maritime Asia seeking to build up its submarine force.

According to local media reports, the Thai Royal Navy has formally submitted a proposal to the cabinet asking it to fund a submarine program.

Admiral Kraisorn Chansuvanich, the commander of the Thai Navy, explained the rationale behind his service’s desire to acquire submarines.

"Neighboring countries like Vietnam, Malaydsia, Indonesia, and Singapore have had submarines in their arsenals for many years,” Kraisorn said, according to Khaosad, a local Thai newspaper. "Now that I am here, I think it is a part of the strategy to improve our armed forces. It's my duty to submit the request to the government for consideration. Whether the government will approve it or not is up to them."

In the proposal, Kraisorn also stressed the urgency of the request, noting that even after it has been approved it will take some time before Thailand will actually be able to acquire the subs.

"Even if the government approved the purchase today, we won’t be able to acquire them instantly, because time will be needed to build the ships and send our personnel to receive training and improve their expertise for one to two years. So, it will take at least five or six years before submarines can enter our service,” Kraisorn said, according to the Khaosad report.

The navy’s proposal was not unexpected. Back in January of this year, the Bangkok Post reported, citing an unnamed official in the defense ministry, that the navy would ask to procure two to three submarines in the new defense budget.

“The navy has been vetting submarines from various countries including South Korea, China, Russia and France. South Korea's U209 model is said to be the least expensive at 11 billion baht apiece [roughly $338.7 billion].” The same report said that Thailand’s defense minister backed the proposal in principle.

Thailand has lacked a working submarine since 1951. However, the military has repeatedly tried to persuade the government to purchase subs, and many believe that the military coup in Thailand last year made it more likely that the navy would finally win this support.

Thailand’s purchase of submarines would be consistent with the general trend in the region. Indeed, maritime Asia seems to be locked into something of a submarine arms race as of late, with a number of countries expanding their undersea fleets.

As I’ve noted elsewhere, the three countries that line the Malacca Strait— Singapore, Malaysia, and Indonesia— have all acquired formidable submarine fleets. Indonesia, in particular, has ambitious plans to acquire at least ten submarines by 2024, and ultimately may amass a fleet of between 14-16 vessels.

Vietnam, too, has been hard at work strengthening its submarine force. Most notably, it is purchasing six Project 636M Kilo-class submarines from Russia for $2.6 billion. It has already taken possession of at least three of these boats.

Meanwhile, across the South China Sea, Taiwan— which already possesses four submarines—is seeking external help to develop an indigenous capacity to build diesel-electric submarines. Japan, too, has one of the most powerful submarine fleets in the world, and is in discussions with Australia to sell Canberra its most advanced submarines. Japan may also sell India six submarines.

South Korea has also gone “all in” on submarines, with around thirteen subs already operating and ambitious plans to increase this number in the years ahead.

The Philippines is the latest country to express an interest in building an undersea fleet.

China’s growing military power is behind much of the desire to beef up submarine capabilities in the region. Beijing itself has rapidly expanded its submarine fleet in recent years, and now operates more subs than even the United States.

At the same time, China’s anti-submarine warfare (ASW) capabilities have lagged, and this is especially true away from the Chinese mainland. As a result, many of the countries locked in maritime disputes with China see submarines as a crucial asymmetric capability they can use to beat back their larger neighbor’s military challenge.

This is not limited to small Southeast Asian nations, however. Even many in the United States believe submarines will be essential if Washington is to contend with China’s growing military might.

As Dave Majumdar recently noted on The National Interest, “A new class of nuclear-powered guided missile submarines could be the key to maintaining America’s future naval supremacy as new weapons increasingly challenge the dominance of the U.S. Navy’s aircraft carriers.”