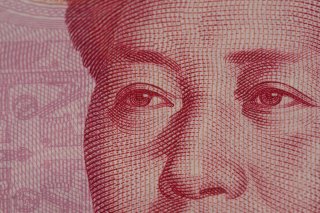 With China facing slowing economic growth but increasing risk in financial markets, working within the banking sector is currently rife with challenges. Even more difficult is taking on the role of chairman of the China Banking Regulatory Commission (CBRC). Guo Shuqing is the latest person to step up to the plate, replacing now former chairman Shang Fulin in the top job. All signs so far indicate that Guo is the right person for the role, having overseen significant economic reforms in other high-level positions.

Guo is an experienced and well-regarded statesman, most recently serving as governor of Shandong province. Before that, Guo was chairman of the State Administration of Foreign Exchange, chairman of the China Securities Regulatory Commission (CSRC) and vice governor of the People’s Bank of China (PBC). In his position at the CSRC, Guo cemented his reputation as a hard-working reformer, issuing 80 directives over his short tenure and making inroads into reforming China’s stock and bond markets. As governor of Shandong province, Guo oversaw efforts to restructure Shandong’s financial sector.

Guo replaces retiring Shang Fulin, who was appointed as chairman of the CBRC in 2011 at a time when shadow banking — financial activity outside of the traditional banking system — was rampant and its trajectory unforeseen. Shang implemented a series of regulations to reduce risk in the sector, which required banks to more closely examine third-party wealth management products and restricted non-standard debt assets comprised of risky products.

Shang was also responsible for enhancing China’s regulatory financial framework at a time when the world was implementing higher banking standards in the wake of the 2008 global financial crisis.

In July 2014, Shang also played a part in establishing regulations requiring banks to separate their wealth management business from retail lending. Further regulations introduced in May 2016 prevent banks from using trust beneficiary rights and directional asset management plans, which previously meant that banks could transfer non-performing loans off their balance sheets. Finally, draft rules put forth in February 2017 prevent banks from investing in non-standard credit assets. These reforms have greatly reduced risk levels in the shadow banking sector in a way that did not bring China’s delicate financial market to a halt.

Despite this long list of achievements, Shang has been criticised by some for not cracking down more on shadow banking. These criticisms are misplaced. For one, it was difficult to know in 2011 and 2012 how shadow banking would evolve, and regulations were focused on the greatest risks of that time. Most wealth management and trust products were on the rise, and the worst practices were only just materialising or had not yet come to pass.

Second, some top officials were inclined to allow shadow banking activities to take place because of the boost they gave to the slowing economy of the time. For example, Governor of the PBC, Zhou Xiaochuan, stated in 2012 that ‘shadow banking is inevitable when banks are developing their business … but there are fewer problems here than the shadow banking sector in some developed countries that have been hit by the global financial crisis’.

Guo’s appointment indicates that China’s leadership is acutely aware of the financial risks that are building in the economy because of mounting debt and an increasingly unwieldy shadow banking sector. Real estate property bubbles, overcapacity in some sectors and supply-side reform are just a few of the challenges the government needs to tackle. As Guo stated on 2 March, ‘we will put priority on financial risk control to make sure there won’t be any systemic financial risks’. Guo also noted that the banking sector controls business risks and it should ‘strengthen the sense of responsibility’ toward these risks.

Sara Hsu is Assistant Professor of Economics at the State University of New York and Research Director at the Asia Financial Risk Think Tank, Hong Kong.