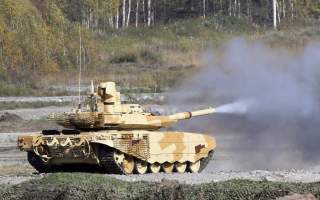 In the final days of November 2017, the Russian High Command reshuffled several positions, most notably both the Eastern and Central Military Districts received new commanders. Immediately striking is the fact that Alexander Lapin, the new Central Military District commander, is a Lieutenant General (in Russia, this is a two-star rank) whereas all the other military districts are commanded by Colonel Generals (three-stars), including General Lapin’s predecessor.

With four out of five Russian military districts now under the command of veterans of the Syrian expedition, one of which of a junior rank, it cannot be overstated how much this conflict is educating Russia’s officers. In Russia, the military districts control the allocation of forces for executing the General Staff’s war plans in the individual theaters of strategic action (known by their Russian acronym, TVDs). Making General Lapin’s promotion even more significant, the Central Military District—at least before 2014—was regarded as the command requiring the most competence due to the fact that it would need to deploy over a very large distance in virtually any operational scenario, whether to the West, to Central Asia or to the Far East.

Consequently, the military districts control the training regiments and then direct the deployment of force when the Russian government calls for it. Under General Dvornikov, the Southern Military District has pioneered counterinsurgency exercises, a different strain from the far more common antiterrorist, conventional and inspection exercises conducted across Russia. Meanwhile, the Western Military District has initiated a series of specialized urban warfare drills both in the regular armed services and the Russian National Guard, which can now be tracked across Russian Ministry of Defense press releases. A casual glance at a map of Russia suggests that units in the Southern Military District require greater training in counterinsurgency than in the other districts, but it will be curious to observe whether these exercises begin to be held in the Central and Eastern Military Districts now.

Unlike U.S. Combatant Commands, Russian operational commanders automatically control all assets—land, sea and air—when these tasks are assigned it. The Russian military generally stands up a “group of forces” for the management of operations. Russia currently has two full-fledged groups in action: one in Transnistria and the one in Syria itself (there are also “bases” in Armenia, Abkhazia, and South Ossetia, but these are not managed by groups). During Zapad-2017, the Western Military District exercised the standing up of a Group of Forces in Belarus to expel the hypothetical Western aggression of the scenario. The district offers units to these groups of all the Russian armed services. In this manner, the districts are similar to the armed services in the United States, supplying forces for the demands of the COCOMs, but Russian Groups only need to deal with one entity to obtain tanks, fighters, submarines and whatever else might be needed. If the group requires the support of strategic assets, such as long-range aviation, as has been repeatedly used in Syria, that comes under the purview of the General Staff in Moscow, adding a second supplier.

All four of these commanders hail from the Russian Ground Forces, but the most recent commander of the Group of Forces in Syria, Lt. Gen. Sergey Surovikin, is an officer of the Russian Aerospace Force (VKS). On 22 November 2017, he was promoted to Colonel General and became Commander-in-Chief of the VKS, continuing the trend of promotion to Russian High Command via Syria.

Regardless of what happens next in Syria, Russia clearly believes that the results of its military operations there merit top promotions. In the short term, it appears that Russia and Syria have achieved considerable victories in destroying the Islamic State and defeating Western-backed rebel groups either kinetically or through further radicalization so as to make them unpalatable to their providers. Putin’s triumphant meeting with Assad in Moscow last week (with many of the names listed above in the video) certainly seemed to reinforce that image.