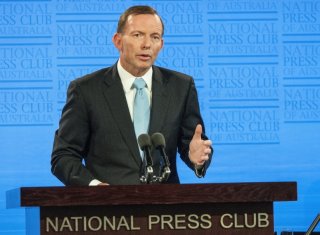 In the last month, the future of Australia's energy system has emerged as a major battleground for the next Australian election. The Abbott Government made further incursions in its long campaign against renewable energy and in favor of fossil fuels, while Labor opened a new front, backing a renewables-based energy system for Australia by declaring an aspiration to achieve 50% renewable energy by 2030 and to (re-)introduce an emissions trading scheme.

In climate change terms, the global perspective is straightforward: Australia ought to be aiming for a zero carbon energy system well before 2050, with the electricity system the first to be fully decarbonized.

The logic is quite simple. To have even a vaguely reasonable chance of restraining average warming to below 2°C (the internationally agreed goal), the world must be at net-zero greenhouse gas emissions before the end of this century (a goal recently endorsed by the G7); the earlier the world gets to net-zero, the lower the climate risks. That means all countries and all sectors ultimately need to move strongly toward zero emissions (or close to zero, if we allow for some negative emissions).

There is wide agreement among technical experts who have considered the logic of 'decarburization pathways' that the most urgent sector to decarbonize is the electricity sector. This is because: (1) it is the largest source of global and (in most cases) national emissions; (2) we know, broadly, how to do it; and (3) electrification with zero-carbon electricity is the best known strategy for decarbonizing residential heating and much of the transport and industrial sectors.

There is also a strong moral and pragmatic case for developed countries to take the lead in decarbonizing their economies. This means, roughly, that rich countries like Australia should really be aiming to fully decarbonize their electricity sector by around 2030.

The UK is working toward just such a goal (albeit somewhat haphazardly), nudged along by the Committee on Climate Change's official carbon budgets issued under the UK Climate Change Act. The UK's electricity market is 75% bigger than Australia's in terms of electricity generated, and that country has nowhere near the quality of options Australia has to decarbonize. Australia's task is much easier.

Many other countries are using renewables to decarbonize their energy systems. As James Rydge and I noted in a recent op-ed:

In terms of absolute renewable energy capacity additions, China reigns supreme, and its additions dwarf what Australia is considering. Whereas Australia would need to build only about 1.4 gigawatts (GW) of large scale renewable capacity per year between 2020 and 2030 to get to 50% renewable electricity (ie. 14GW in ten years), China built more than 20GW of wind capacity last year alone. China is planning to add another 100-200GW of wind power and another 75GW of solar in the next five years, targets that are likely to be increased and exceeded if recent experience is any guide (see p. 38 of our recent Policy Brief). A recent report by Chinese government energy planning agencies contained a 'high-penetration renewable energy scenario' whereby China would build 2400GW of wind and 2700GW of solar by 2050.

Of course, China's electricity sector is vastly bigger than Australia's, but the point is that we needn't think that 14GW of large scale renewables in Australia over ten years is anything radical. It's the very least we should be doing.