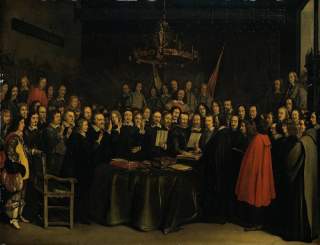 What will be the future implications of China’s rise in power?  The towering political scientist Stephen Krasner has produced a lucid synopsis for the Hoover Institution.  One of the biggest take-away points is that the organization of global governance stands to undergo a significant overhaul if Beijing’s capabilities continue to expand vis-à-vis the United States.

In terms of the international economic order, Krasner notes that:

“[t]he existing trade and investment regimes more or less assume that corporations are independent of the state; this assumption is comfortable for the United States. It is not so comfortable for China: a more powerful China might press for principles, norms, and rules that were more accepting of state direction of the economy.”

It warrants pointing out that China’s preferences for statism in economic affairs are not simply because of its communist leadership.  Rather, developing economies in general tend to rely upon government intervention for growth.  This was true of the so-called Asian Tigers in the 1970s and is certainly true of China and the other BRICS nations today, all of which blend an appreciation for markets with a dyed in the wool commitment to a form of dirigisme.

The difference between the newly industrialized countries (NICs) of the 1970s and the BRICS of today, of course, is that the latter entertain hopes of refashioning the international economic architecture to better suit their particular interests.  Hong Kong, Singapore, South Korea and Taiwan never aspired to global leadership.  Whether the BRICS will succeed in their bid any time soon is far from certain; as yet, the BRICS lack the cohesion, the will and the means actually to lead a new global order.  Nevertheless, their dissatisfaction and rise in power do combine to produce a long-term potential threat to the western-made status quo.

China’s rise might also portend implications for how states engage with each other politically and diplomatically.  “China’s internal divisions make it one of the strongest proponents of the sanctity of sovereigntist principles that totally reject external interference in the internal affairs of other states,” Krasner points out. “The United States as a proponent of human rights, and as target for transnational terrorist, has a much weaker commitment to non-intervention.”

There is some irony to this mismatch in attitudes.  Sovereignty, territorial integrity and non-intervention are the cornerstones of the Westphalian system, a model of international relations that emphasizes the centrality of state actors to global politics and which is supposed the epitomize the western approach to international organization.  Yet Krasner is correct that the U.S. and Europe have been at the forefront of enervating Westphalia over the past several decades while China has emerged as a champion of Westphalian principles.

Just as the Westphalian ideal has been at times convenient for western powers and inconvenient (and ignored) at other times—a system of “organized hypocrisy” in Krasner’s own words—so too are Westphalian norms a valuable (and pliable) resource for China’s leadership.  As Stephen Hopgood argues in his book The Endtimes of Human Rights, the logic of Westphalia affords Beijing a rationale for maintaining authoritarian rule at home and opposing the imposition of western influence abroad (including, recently, in Syria).

Westphalia can also be applied by China to legitimize its actions, at least rhetorically, regarding its various territorial and sovereignty disputes: from Xinjiang and Tibet to Taiwan and the islands of the East and South China Seas.  All of this means that Westphalia can probably be expected to remain firmly in place as a core tenet of international order under Chinese leadership, even if the application of Westphalian norms will look cynical and opportunistic to observers in the west.

If China does reassert sovereignty as an inviolable cornerstone of international organization then it will be a hammer blow to western interventionists on both the right and left.  This is partly what Krasner means when he concludes that “the world would be a very different place than it is now if an autocratic China became the indispensable nation.”

Not everybody in the west would be sad to see a reduction in of overseas interventions, of course, but if it takes Chinese preponderance to curtail the west’s adventurism then this might leave a bitter taste—especially if it comes accompanied by other changes to international order.  An uncertain future impends.