What Comes After the F-35 Could Revolutionize Warfare Forever 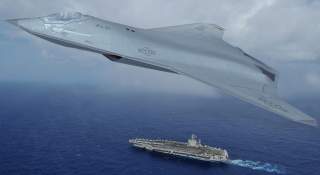