What Does Donald Trump’s Victory Mean for Asia? 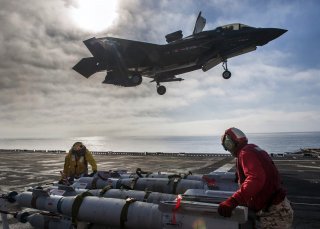 Trying to predict the incoming Trump Administration’s policy toward Asia is difficult if not impossible at this point. We are in uncharted territory since Trump made a number of campaign statements that ran counter to the bipartisan post-World War II framework of U.S. foreign policy of internationalism, American commitment to its allies, and free trade agreements. His suggesting a reversal to long-standing U.S. foreign policy tenets has generated uncertainty and anxiety.

Worried Allies. South Korea and Japan were particularly unsettled by Trump’s advocacy for removing all U.S. troops if the host nations did not pay 100 percent of their costs. Senior South Korean officials and lawmakers I met in Seoul this week expressed unease at the potential for change.

Some took comfort from Jimmy Carter’s similar pledge in 1976 to remove U.S. forces from South Korea was eventually abandoned after the national security establishment made clear the dangers of such a policy. Others hoped Trump’s statements were just campaign rhetoric or bargaining tactics for future negotiations on cost-sharing agreements. Positive media reports of President-elect Trump’s post-election phone calls talks with Asian leaders have reduced some anxiety, but concerns remain.

But words do matter, even in campaigns, and his have already exacerbated long-standing allied fears of U.S. abandonment. These fears have grown in recent years due both to North Korea’s growing nuclear and missile arsenals as well as regional perceptions of degraded U.S. military capabilities caused by massive cuts to the defense budget. More ominously, allies have come to doubt American resolve to confront opponents’ belligerent actions. Such doubts embolden our enemies and leave allies more vulnerable to coercion.

Trump’s conditional vows to withdraw troops, combined with apparent acquiescence to South Korean and Japanese nuclear programs, have energized South Korean discussions of developing an indigenous nuclear weapons program. A South Korean nuclear program would run counter to the Non-Proliferation Treaty and long-standing bipartisan U.S. non-proliferation. Trump has since claimed he never made such statements.

Uncertain North Korea Policy. Pyongyang’s fourth nuclear test in January 2016 triggered a new international consensus on the necessity to significantly increase pressure on the recalcitrant regime by applying additional sanctions and targeted financial measures. Despite strong rhetoric, the Obama administration has done so only timidly. Obama’s major actions against North Korea this year – human rights-related sanctions, declaring North Korea a money-laundering concern, and sanctioning a handful of Chinese entities – were all required by recent Congressional legislation.

America’s foreign partners are uncertain of what the Trump administration’s policy toward North Korea will be. Trump’s comments have ranged from a willingness to meet with North Korean leader Kim Jong-un over a hamburger to pressing China to make Kim Jong-un “disappear in one form or another very quickly.” Trump has not yet mentioned maintaining or augmenting sanctions on North Korea for its serial violations of U.S. law and UN resolutions.

Uncertainty about the potential for a bilateral U.S. –North Korean nuclear deal or induced regime change breeds allied trepidation of being left on the sidelines or embroiled in a conflict. This could be a catalyst for hedging strategies, including greater accommodation to China.

America’s opponents may perceive an opportunity for pre-inauguration provocations, both to test the incoming U.S. administration’s resolve and to present it with a new status quo. Examples include another tactical inter-Korean clash on the border, a North Korean long-range missile test with nuclear airburst, or expanded Chinese incursions into the waters surrounding Japan’s Senkaku Islands.

Looking Forward – What the Trump Administration Should Do. U.S. strategic and economic objectives are achieved through strong partnerships with Asian nations that share our values. Alliances are built on principles and mutual interests. It behooves the new Trump Administration to reassure allies that, while U.S. administrations change, America’s commitment and resolve to defend our friends do not.

Both America's allies and enemies should have no doubt that Washington stands by its friends. The U.S. should unconditionally affirm its extended deterrence guarantee – comprised of the nuclear umbrella, missile defense, and conventional forces -- to South Korea and Japan.

Doing so, however, requires fully funding U.S. defense requirements to counter drastic cuts in force levels, procurement, and operations budgets that have taken place during the past eight years. The U.S. must regain sufficient naval, air, and ground forces to overcome the tyranny of distance in the Pacific and address growing threats throughout the region.

Trilateralism amongst the U.S., South Korean, and Japanese militaries enhances allied deterrence and defense capabilities by incorporating each country’s unique capabilities. Washington should work with Seoul and Tokyo to continually enhance cooperation through joint training exercises, integrated operations, and sharing of intelligence. The U.S. should encourage continued progress by South Korea and Japan to implement the December 2015 Comfort Women Agreement and bilateral General Security of Military Information Agreement.

Washington will continue to encourage South Korea to integrate its independent Korea Air and Missile Defense system into the more comprehensive U.S.-Japanese network to enhance ballistic missile defense for South Korea, Japan, and U.S. forces deployed in both countries.

The U.S. should suggest creating a trilateral security initiative (2+2+2 meeting) of the U.S., Japanese, and South Korean foreign and defense ministers to develop joint strategies for addressing common threats and objectives. The allies should develop comprehensive trilateral plans for responding to North Korean provocations and a strategy for Korean unification.

Washington should affirm its dedication to enhancing sanctions and targeted financial measures to increase pressure on the North Korean regime in response to its repeated violations of U.S. and international law and UN Security Council Resolutions. Washington should impose secondary sanctions on Chinese entities that assist North Korea.

Thomas Jefferson wrote that the “price of freedom is eternal vigilance.” That price, and a key component to mitigating risk in northeast Asia is through strong alliances and robust  forward-deployed U.S. forces in the region. The Trump Administration should realize that alliances are not a burden…they are a bargain.

Bruce Klingner is Senior Research Fellow for Northeast Asia at The Heritage Foundation. He previously served 20 years with the CIA and Defense Intelligence Agency.