What Does Trump Think of America’s Space Launch Industry? 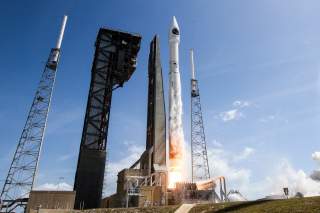 President Trump tends to react to issues in one of two ways, and sometimes both. One way can be characterized as emotional, even visceral. Take for example his response to Syria’s use of chemical weapons on civilians. There was no deep strategy informing his decision to strike Syria. He responded, I would argue, in a measured way to what was clearly a war crime but from his perspective, a moral outrage. He tends to react the same way to reports of companies closing U.S. plants and sending jobs overseas or to policies and regulations that cut employment.

The other way he reacts to situations is like a real estate developer. He is analytical, but not deeply so. He has a feeling for what things should cost and how profits are calculated, what makes sense from a business point of view. This is an individual who can sketch out a multimillion dollar deal on the back of an envelope. Look at his reaction to several very sophisticated but high cost defense acquisition programs. He demanded that the Pentagon and the companies involved find ways of lowering the price. He is reported to have done the same thing with respect to the recently announced $100 billion arms sales package to Saudi Arabia, asking at least one company if there was any give on the price.

What would President Trump think about the current state of the U.S. space launch industrial base and the Department of Defense’s plan for a next generation of rocket motors and boosters? How might he react when told that the U.S. is dependent on Russian engines to operate one of its two primary satellite launchers, the Atlas V?

The first stage of the Atlas V, the workhorse of the U.S. national security space launch capability and operated by the United Launch Alliance (ULA), is the Russian designed and built RD-180. On the one hand, the president’s emotional side might resonate to the idea of the U.S. and Russia cooperating on something even as relations between them have worsened. On the other hand, the businessman in him would ask the question why isn’t the Pentagon buying American and hiring Americans when it comes to a critical national security capability.

The answer to his question is that we could soon be able to buy American and hire Americans to provide a replacement for the RD-180, which would be available before the end of President Trump’s first term. Aerojet Rocketdyne is on the fast track to provide ULA – and other U.S. launch providers, if they desire – with a new, modern, high-performance first-stage rocket motor, the AR1, for about the same price as the RD-180. This engine would be better than the RD-180 and would be made in America. In 2014, Aerojet Rocketdyne publicly committed to developing and certifying the AR1 by 2019. This date is important because the U.S. Congress has mandated that the U.S. cease using the RD-180 by the end of 2019.

Trump the businessman would also approve of the fact that Aerojet Rocketdyne has “skin in the game.” In addition to government funds, the company has spent hundreds of millions of its own money developing the technologies that have gone into the AR1.

There is only one other contender to replace the RD-180. This is the BE-4, in development by Blue Origin, a company founded by Amazon CEO Jeff Bezos. Unlike the AR1, which uses a mixture of kerosene and oxygen similar to that employed in the RD-180 as its power source, the BE-4 is the first booster engine to use liquid natural gas, otherwise known as methane, as its primary fuel. Because the methane must be specially cooled, the BE-4 will be larger than either the RD-180 or the AR1. As a consequence, ULA also will have to design a new launch vehicle because the BE-4 will not fit in the current Atlas V.

As a former real estate developer, President Trump understands what happens when one compounds the risks associated with any large-scale project. He also understands what it means to commit to a cost and a schedule. There are multiple risks associated with building a new rocket engine based on a never-before used fuel source and those associated with designing and certifying a brand new launch vehicle. Add to these risks the requirement to build new infrastructure at the launch sites to accommodate a new fuel, rocket motor and launch vehicle. If the president were to do a quick, back of the envelope analysis, he might conclude that even if all these risks can be overcome, it is uncertain that a new engine and launch vehicle can complete the certification process and be available for use by 2019.

Competition in the space launch sector is a good thing. SpaceX is pressuring ULA to up its game. Blue Origin and Aerojet Rocketdyne should compete to build a “Made in America” rocket motor. But let’s make sure everyone is competing on a level playing field. As part of the competition, both companies need to be held to the 2019 target date for providing a fully certified engine. No delays, no hidden costs, no plus ups in funding.