What I Learned from Star Wars: The Last Jedi 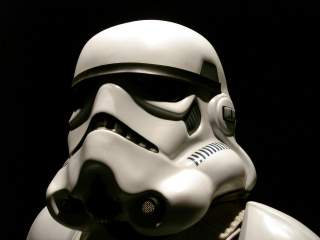 Poe Dameron is a terrible commander. The opening moments of Star Wars: The Last Jedi depict the foolhardy Resistance commander leading a bombing run on a First Order dreadnought. His team destroys the target, but it’s a pyrrhic victory.

The First Order loses an important space carrier, but the Resistance loses all its bombers and most of its fighters. The dark side can afford the loss, but the light side can’t. The Resistance is all but extinguished and Dameron has disobeyed a direct order. He wasted the rebel’s most valuable resources — skilled pilots — to destroy something the First Order will easily replace.

He failed big and spends the rest of the movie failing until, in the film’s final moments, he finally shows he has internalized the lessons of his mistakes. He calls off the suicidal Resistance assault on the planet Crait and recognizes Luke Skywalker’s duel with Kylo Ren for what it is — a distraction.

But to get there, Dameron had to fail and fail hard. It’s the same with all great military leaders throughout history. Greatness is forged in the fire of failure.

Star Wars: The Last Jedi is a movie about failure and what we learn from it. Luke is a broken Jedi haunted by his past. He lost Ben Solo to the dark side and couldn’t rebuild the Jedi order. He’s so burdened by this that he’s turned his back on the Force.

Rey and Kylo Ren spend the film attempting to turn the other. They come together for a climatic battle against Snoke’s guards but neither can turn the other from their chosen path. Rey fails to make Kylo see the light and Kylo fails to corrupt Rey’s soul.

Poe and Finn hatch a madcap plan to save the Resistance and they fail so hard that they almost get everyone killed. In this final moment we get to see what great leaders do when they fail. Laura Dern’s Vice Admiral Holdo knows that Snoke’s ship is about to destroy the last of the Resistance. She knows that she has failed. She turns her vessel around and uses it to cut across Snoke’s ship, turning a failure into victory.

Legend says that U.S. president George Washington was a brilliant military leader and a selfless politician. History says something different. Washington is well remembered only because America won the revolution. His military career is a string of failures so horrendous that senior Continental Army officers conspired to remove him as commander-in-chief.

The year of 1777 was a bad one. Washington lost Brandywine, Germantown and Philadelphia to the British. He was bad at protecting his flanks — and it cost hundreds of lives. But he learned from every mistake, changed tactics and used everything he’d learned about fighting the British to strike a decisive blow against the enemy at the siege of Yorktown. He would not have won there if he hadn’t spent years screwing up so badly.

Winston Churchill, Napoleon Bonaparte and Ulysses Grant all failed repeatedly, and yet history considers them all great leaders. The Last Jediis about how leaders become great. Yoda underscores this when he destroys the Jedi sacred site on Anch-To, hits Luke in the head and tells him that he must teach Rey about failure. “The greatest teacher, failure is,” the wise Jedi master tells Luke.

He’s right. In critiques of the film online and conversations with my friends, they point to the heroes treading water as a reason The Last Jedi isn’t very good. Finn and Rose waste so much time on something that doesn’t matter. Poe runs around in circles and almost gets everyone killed. But these moments make The Last Jedi great and set it apart from all the other Star Wars movies.