What Makes the A-10 Warthog So Deadly? A Massive 30-Millimeter Cannon 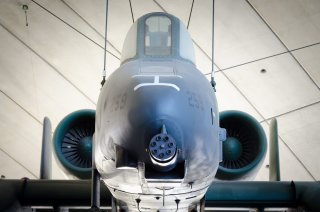