What the U.S. Military Fears Most: A Massive Space War 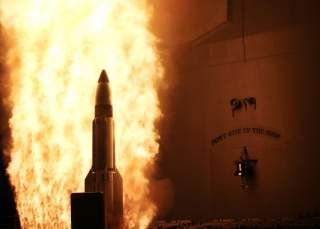 A war in space would disable a number of key satellites, and the resulting debris would place vital orbital regions at risk. The damage to the world economy could also be disastrous. In severity, the consequences of space warfare could be comparable to those of nuclear war. What's more, disabling key constellations that give early launch warnings could be seen as the opening salvo in a nuclear attack, driving the threat of a wider conflagration.

While the United States and other nations are taking measures to better prepare for a potential war in space, their emphasis will likely remain on deterrence. This is an important notion to understand, not only for potential U.S. enemies but also for the United States itself. For instance, it is conceivable that technological advancements in the coming decades could allow the United States to recover militarily from a space clash more quickly than the ever-more space dependent China or Russia. In such a scenario, the costs that a space war would have for the world as a whole might be enough to dissuade Washington from launching its own space attack.

This article, originally titled "Avoiding a War in Space”, is republished with permission of Stratfor.