What the Washington Post Gets Wrong About Southeast Asia 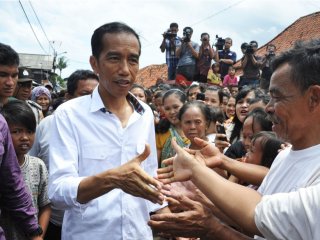 The Washington Post editorial board, which has long argued for a vocal and uncompromising emphasis on democracy promotion in American foreign policy, has published an editorial criticizing the Obama Administration's decision to host Southeast Asian leaders at Sunnylands in California later this month.

The editorial rightly points out repressive steps recently taken by some Southeast Asian leaders, but in calling for American diplomacy to be more critical and more selective, it also misses two important dynamics in Southeast Asia, one regarding regional diplomacy and the other regarding the character of states in the region.

First, on regional diplomacy. As the editorial acknowledges, most of the heads of state and government coming to California are concerned about rising Chinese influence and power projection capabilities in the region, which they believe could constrain their ability to choose their own course in the world. They have sought to increase their economic, military and diplomatic engagement with the United States in order to avoid the loss of autonomy that would otherwise come with Chinese hegemony.

The Post understands this much, but objects to the invitation list. “While the purposes are worthy,” the editorial reads, “the result of Mr. Obama's initiative will be an unseemly parade of dictators at the Sunnylands resort, including a few long treated as too toxic to be granted the recognition that comes with an official visit to the United States.” Here, the Post errs.

President Obama is not inviting individual leaders to the summit in California; he is inviting the collective leadership of Association of Southeast Asian Nations (ASEAN), which has played a singular role in the development of East Asian diplomatic institutions. Its rotating presidency chairs the East Asia Summit, the first institution to include all of the region's leaders, and one which forces China to consult with smaller neighbors it might otherwise ignore in a bilateral setting. Moreover, ASEAN has fought off successive attempts by China (and in a particularly odd and less threatening episode, Kevin Rudd) to share or steal its leadership role. Were it not for ASEAN, regional institutions might already be dominated by China.

The Post's objection to the inclusion of leaders from undemocratic countries in the region overlooks ASEAN's importance, and by extension, the importance of institutions in American diplomacy. Beijing may see the region's future as merely a contest of economic and military power. Washington, for whom the institutions of the liberal international order are of critical importance, should not. It is not enough to trade, invest and send military assistance to Southeast Asian countries. It is essential that we also support the institutions that bolster their autonomy, and thus the liberal order.

With regard to the domestic political situation in the region, the Post makes some sound points, particularly with regard to Thailand and Cambodia. But the situation is not as bleak, or as black and white, as the Post would suggest. Vietnam, Laos, Thailand and tiny Brunei are authoritarian countries, and the electoral and judicial systems in Myanmar, Malaysia, Cambodia and Singapore remain stacked against the opposition. But each of the latter four has held free elections in the past five years that presented the real possibility of a change in government, a possibility that will become a reality in Myanmar on March 31. (In Malaysia, the government lost the popular vote but won a majority in Parliament due to malapportionment, a problem the Post will be familiar with).

Opposition parties remain strong and competitive in each of these illiberal democracies. Among the four noted above, Malaysia and Cambodia's leaders have become more repressive in the past year; but the military is about to hand over much of its power in Myanmar, and one could hardly call Singapore's Lee Hsien Loong a dictator. Indonesia and the Philippines, as the Post notes, are democracies.

The Post is correct that some of the more autocratic leaders will use the photo opportunities at Sunnylands to bolster their legitimacy back home. That is unfortunate, but it is also an unavoidable consequence of diplomacy.

As part of that diplomacy, the United States should address Southeast Asian countries' shortcomings in democracy and human rights in the most effective way possible: privately. Publicly dressing down Southeast Asian leaders who have flown across the Pacific to meet with President Obama, as the Post suggests, would hardly advance the cause. Effectiveness, not volume, is the standard against which the Obama Administration's efforts should be measured.

In inviting the collective leadership of ASEAN to Sunnylands, the U.S. strengthens regional institutions and supports the liberal international order. Quiet but firm conversations at the summit could support liberalization on the domestic level, too. The editorial board’s preference for selective engagement and loud criticism would achieve neither.

Aaron L. Connelly is a Research Fellow in the East Asia Program at the Lowy Institute for International Policy, where he focuses on Southeast Asia, particularly Indonesia and Myanmar, and the U.S. role in the region. This article first appeared in the Interpreter.