What Will a Trump Administration Mean for U.S. Arms Sales to the Middle East? 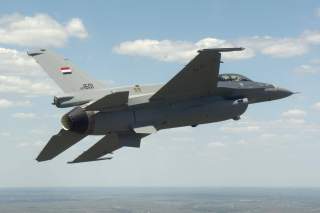 As with many other issues, Donald Trump has made conflicting statements that make it hard to determine what a Trump administration might actually do in the Middle East.  This is particularly true on the issue of U.S. arms transfers to the region.  He has made biting criticisms of Saudi Arabia, far and away the biggest U.S. arms client, even as he and his advisors have targeted Saudi Arabia’s main rival, Iran, as the greatest security threat in the region. How this will play out in the realm of the weapons trade remains to be seen, but it’s worth looking at what we know so far.

As background, it’s important to note that it might be hard for a president Trump to outdo the Obama administration’s aggressive sales push in the Middle East in general and the Persian Gulf in particular.  According to data from the Pentagon’s Defense Security Cooperation Agency, the United States has offered a record $115 billion worth of arms to Saudi Arabia since 2009, and $198 billion to the Persian Gulf nations as a whole.  Proposed transfers to Saudi Arabia include F-15 combat aircraft, Apache helicopters, combat ships, missile defense systems, armored vehicles, bombs and missiles – virtually an entire arsenal.  Many of these deals will take years to complete, ensuring a steady flow of U.S. arms deliveries to Saudi Arabia well into the 2020’s.

Of particular concern have been recent deals to re-supply the kingdom with bombs and ammunition for its brutal air campaign in Yemen, which has killed thousands of civilians while involving what Rep. Ted Lieu (D-CA) has said “look like war crimes.”  It’s hard to overstate the devastating humanitarian consequences of the bombing and a parallel blockade of Yemen’s ports.  According to the United Nations, nearly three-quarters of the population is in need of assistance, and access to food, clean water, and medical care is scarce.  Some aid groups have raised concern about the possibility of widespread famine in Yemen if a ceasefire and resolution to the conflict aren’t reached soon.

So how will a Trump administration fit into this existing pattern of large-scale arms transfers to the Middle East?  Trump’s statements on the topic are confusing at best.  On the one hand, he has had harsh words for the Saudis, accusing them of being behind the 9/11 attacks and threatening to end U.S. oil imports from the kingdom.  And his anti-Muslim rhetoric does not sit well with Arab leaders.  Some analysts have suggested that Trump’s posture and rhetoric might actually lead to a reduction of U.S. sales to the region.  As Byron Callan of Capital Alpha Partners put it, “President Trump may prove offensive to Muslim states and those countries could seek alternative sources of weapons.”

A countervailing factor that could lead a Trump administration to make ample arms offers to Saudi Arabia and its Gulf allies is the strong anti-Iran stance of his key advisors.  His appointee for National Security Advisor, Michael Flynn, has implausibly described Iran as the “linchpin” of a “working coalition that extends from North Korea and China to Russia, Iran, Syria, Cuba, Bolivia, Venezuela, and Nicaragua.”  Flynn’s attempts to demonize Iran have also included a push to blame Iran for the Benghazi attack, an assertion that his subordinates could not confirm despite intense pressure from Flynn to do so. As for secretary of defense nominee Gen. James Mattis, his response to a question about the three greatest threats in the Middle East and South Asia, was “Iran, Iran, Iran.”  And as the Washington Post has noted, while still in government Mattis ““consistently pushed the military to punish Iran and its allies, including calling for more covert actions to capture and kill Iranian operatives and interdictions of Iranian warships.”

Trump’s attitude towards Iran can be gleaned from the fact that he has called the Iran nuclear deal, a multilateral agreement that capped Iran’s nuclear program while forcing Tehran to dismantle significant parts of its nuclear infrastructure,  “one of the worst deals ever made by any country in history.”  By contrast, Mattis has struck a note of realism on the nuclear deal, suggesting that now that it has been struck the best policy is to seek strict enforcement, not to rip it up.

For the defense industry, one question is what the Trump administration can offer to the Gulf States that the Obama administration hasn’t already proposed.  One lucrative possibility is an integrated, Gulf-wide missile defense system, which could cost tens of billions of dollars while generating huge business opportunities for contractors like Lockheed Martin and Raytheon.  Another option would be to attempt to speed up current offers to Saudi Arabia, many of which have yet to go to contract.

In the short-term, the most consequential arms transfer decision in the region is whether to continue to supply weapons in support of the Saudi bombing campaign in Yemen.  Trump has fallen into the trap of seeing the conflict as a proxy war between Iran and Saudi Arabia, going so far as to claim that Iran’s reason for being involved is as a first step towards crossing the border into Saudi Arabia and seizing its oil assets.  Experts on the region have noted that the roots of the conflict are much more complicated.  While Iran has supplied some weaponry to the Houthi-led opposition, the Houthi have longstanding political and economic grievances that predate Iranian involvement.  The Houthi movement is far from being an Iranian “puppet,” and there is absolutely no evidence that Tehran plans to ride its limited support for the Houthi into a surge toward Saudi oil fields, as Trump as suggested.  The only viable solution to the current military stalemate in Yemen is an agreement that shares political power and economic resources among the parties to the dispute.  Doing otherwise will just increase the death toll, create space for Al Qaeda in the Arabian Peninsula to operate, and heighten anti-U.S. sentiments in the region.

The Trump administration’s decision about whether to continue to back the Saudis in Yemen will be carried out in the context of growing Congressional opposition.  Earlier this year, a resolution sponsored by Rep. John Conyers (D-MI) that would have banned U.S. sales of cluster bombs to Saudi Arabia almost passed, garnering 204 votes.  Rep. Ted Lieu (D-CA) organized a letter signed by 64 House members calling on the Obama to reconsider a proposed tank deal to Saudi Arabia in light of its indiscriminate bombing campaign in Yemen.  And in September, a bipartisan group of Senators sponsored a resolution of disapproval in an effort to block the Saudi tank deal.  The resolution received 27 votes, far from victory but a significant step forward given that a year ago only a handful of members of Congress were raising questions about U.S. arms sales to Riyadh.  As Bruce Riedel of the Brookings Institution put it, “the era in which you could get $110 billion worth of arms through the Congress with virtually no debate on the Hill is over.”

The precise shape that a Trump administration policy might take towards arms sales to the Middle East in general and transfers in support of the Saudi war in Yemen in particular is unclear.  Will Trump and his advisors take a hard look at the negative security consequences of flooding the region with U.S. arms, or will their exaggerated view of the threat posed by Iran serve as the rationale for even more weapons deals?  Like so many other aspects of the Trump administration’s nascent foreign policy, the answer will come once it takes office and its rhetoric is tested against reality.