Why America Must Modernize Its Nuclear Bombers, Submarines, and Missiles 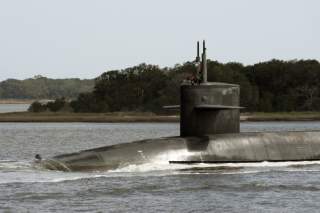 One of the biggest budget challenges the next presidential administration will face is how to fund the modernization of the strategic deterrent of bombers, submarines, and land-based missiles. While this “triad” protects the American homeland from nuclear attack and blackmail, it also prevents nuclear proliferation through extended deterrence because countries do not need to develop their own nuclear arsenals for protection. U.S. leaders must fund the modernization of the aging nuclear triad to continue protecting the U.S. homeland and allies.

The nuclear threat no longer focuses on two states, the U.S. and Russia, as during the Cold War. Nuclear material, technology and weapons have spread to the Indian subcontinent, the Korean Peninsula, and the Middle East. As a result, we live in a more complex and volatile world than in the past. Regional conflicts and threats from nuclear-armed states have increased along with potential attacks from terrorist groups with nuclear weapons.

The fact that one nuclear weapon can cause devastating damage leads some to think a large arsenal is unnecessary, but this is not so. Today Washington must tailor deterrence to discourage violence from multiple states and non-state actors. America must also have enough weapons to protect allies as promised. To address these challenges, America’s strategic nuclear triad is used every second of each day to provide deterrence from a nuclear assault or threat. A potential attacker would have more to lose than gain from attacking the U.S. because it has the capability to respond with devastating nuclear retaliation.

Critics of nuclear weapons modernization often focus on the quantity of nuclear weapons and the cost, but fail to thoroughly understand the logic of nuclear deterrence, to prevent the use of nuclear weapons in the first place. America also has increasing demands to extend its nuclear umbrella to protect allies and prevent nuclear proliferation. Allies in Europe, the Asia-Pacific region, and the Middle East are protected by extended deterrence, but they must also trust that America’s promise will be credible and Washington must maintain the force structure necessary to be successful. A large nuclear arsenal provides options to protect America and assures allies’ safety with extra nuclear warheads and delivery systems that serve as a hedge in case technical problems occur – we do not want the U.S. to have limited options in response to a threat or attack.

The strategic deterrent must be modernized to provide security to America and its allies in the future. Between 2014 and 2023, modernizing the nuclear triad will require about $350 billion to purchase new nuclear weapons production facilities and labs, refurbish warheads, land-based ballistic missiles, and submarines, build new strategic bombers and nuclear-capable fighter aircraft, and develop a new nuclear cruise missile. According to Pentagon Comptroller Mike McCord, the Pentagon needs an additional $10 billion per year beginning in 2021 to pay for the upgrade. This will be challenging in the fiscally constrained environment created by the 2011 Budget Control Act, and the Pentagon will have to make difficult tradeoffs when it comes to other military programs.

Even though President Obama promised to support nuclear arsenal modernization in return for Senate ratification of the New Strategic Arms Reduction Treaty, some critics characterize America’s triad as excessive. No one can really say with certainty that the U.S. will have a credible deterrent with fewer warheads and delivery systems — we are currently at the lowest level of nuclear weapons since the early years of the Cold War. What we do know is that since August 1945, when the U.S. dropped atomic bombs on the Japanese cities of Hiroshima and Nagasaki, about seven to 10 million people have died from conflict. Compare this to the two world wars that caused about 70 to 100 million deaths prior to the existence of nuclear weapons.

If America’s extended deterrence did not reassure allies, more countries in Europe would likely have nuclear weapons to deter Russian threats and attacks, especially with Moscow’s invasion of Ukraine and its recent liberal threats of employing nukes. South Korea, Japan and Australia would also likely feel the need to develop their own nuclear arsenals to deter threats and attacks from China and North Korea. If countries in the Middle East feel America can no longer protect and defend their interests, they may seek to develop security guarantees with other countries or create their own nuclear deterrents to balance Iran’s desire of regional dominance.

Sea-based non-strategic nuclear weapons in particular would be one way the U.S. can defend nations in complicated regions where basing nuclear weapons on their territory is not possible. Modernization plans to extend the life of B61 gravity bombs and enhance dual-capable aircraft are also important capability upgrades. After all, the flexibility of non-strategic forces is why other countries such as Russia have about 2,000 of them, are modernizing them, and allow their use to deescalate a conflict.

Nuclear weapons are often criticized in the media as destructive, expensive, and unusable. America’s strategic arsenal actually aims to prevent the use of nuclear weapons, protects allies and hinders further nuclear proliferation. However, the U.S. must modernize its aging nuclear triad to continue protecting itself and allies while preventing nuclear proliferation. Expanding non-strategic weapons will also provide Washington with capabilities to enhance extended deterrence and assure allies that developing their own nuclear weapons is unnecessary. While the expense of modernizing and maintaining the triad is considerable, it pales in comparison with the costs that even a limited nuclear exchange would impose.

This first appeared on the Lexington Institute website blog here.