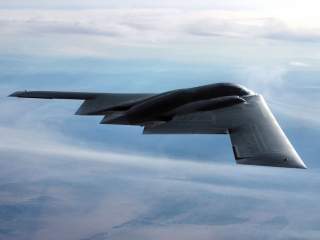 While Northrop Grumman’s shadowy B-21 stealth bomber will be the most capable penetrating strike aircraft ever developed, even the celebrated new warplane won’t be able to guarantee access into the most heavily defended airspace around the globe. That’s why the Pentagon is insisting that it needs to develop the Long Range Stand-Off (LRSO) nuclear-tipped cruise missile to assure America’s nuclear deterrent against Russia and China.

“I think it’s absolutely critical that we have an LRSO, not only for the new B-21 but also for the B-2 and B-52. And that is largely because of the ever increasing anti-access/area-denial that we are facing,” Gen. Robin Rand, commander of the Air Force Global Strike Command, told the House Armed Services Committee’s strategic forces subcommittee on March 2. “For survivability, we need to have a stand-off capability. Period. Dot.”

Other Pentagon officials mirrored Rand’s perspective. Robert Scher, assistant secretary of defense for strategy, plans and capabilities—who was testifying alongside Rand—said that both a penetrating B-21 stealth bomber and LRSO cruise missile are needed to ensure America’s nuclear deterrent. The combination of the bomber and cruise missile would afford the White House options in the event of war without mandating that a manned strike aircraft with an aircrew onboard overflies enemy airspace to drop a nuclear gravity bomb, Scher said.

Moreover, having the B-21 able both to drop nuclear gravity bombs and to launch stand-off nuclear-tipped cruise missiles would greatly complicate the enemy’s planning. “Also, we can’t expect that always we’ll be able to circumvent any advanced air defense systems from any adversary,” Scher said. “So having the ability to launch from stand-off ranges will be important.”

Dr. Arthur Hopkins, acting assistant secretary of defense for nuclear, chemical and biological defense programs agreed. “In particular, I would like to emphasize the need for survivability and penetration,” Hopkins said. “We don’t know how sophisticated enemy defenses are going to be 10, 20, 30 years from now. Having that capability is very important to us for flexibility.”

The LRSO is not destabilizing as many arms control advocates have argued, Scher said. The United States already maintains an arsenal of nuclear-tipped air launched cruise missiles as part of the air component of the nuclear triad, but those weapons are getting old. The LRSO is simply an updated and more survivable version of the United States’ existing nuclear-tipped cruise missile capability. “This capability exists, and I would argue that it is not being seen as destabilizing up to this point,” Scher said.

In fact, the opposite might be true. A bomber/cruise missile combination that is not guaranteed to be able to penetrate enemy airspace might actually be inherently destabilizing. That’s because policy makers can’t be certain that the weapon will get through if the worst should happen. “Having a weapon that is not able to penetrate enemy airspaces, frankly, I would argue is far more destabilizing,” Scher said.

In fact, Scher argued that the bomber/cruise missile component is the most visible of the three legs of the nuclear-triad. A potential adversary can see the bombers being prepped for launch and the aircraft can be tracked in the air for hours, which enhances their deterrent effect. “It is a well known, and well seen and observable part of the arsenal and the triad,” Scher said. “Which I think means to me that it is not a destabilizing weapon unto itself.”