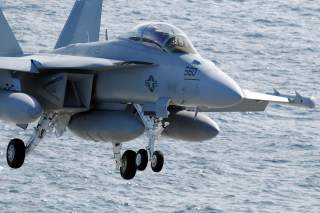 The Growler is derived from the F-18 Super Hornet fighter, and is faster, more maneuverable, and more heavily armed than preceding aerial jamming platforms based on transport and attack planes. This allows the Growlers to contribute additional firepower to strike missions, keep up with fighter planes they are escorting, and potentially approach a bit closer to hostile air defenses