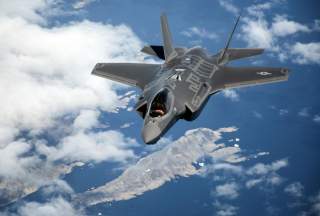 The sole-superpower era (aka “unipolar moment”) may well be ending.  One significant indicator is a major Air Force study which predicts “...projected force structure in 2030 is not capable of fighting and winning...” against an array of emerging threats.

Second, spending lots of money over extended periods of time will likely not be feasible.  The Congressional Budget Office and others point out that the bulk of the expected federal budget for the foreseeable future is committed to entitlement programs, entailing large structural deficits.  The current manifestation of that fiscal squeeze is “sequestration,” and will likely be replaced with sequestration’s functional equivalent -- meaning a significant increase in defense budgets is unlikely for the foreseeable future.

Third, first-rate adversaries, actual and potential, have become significantly more sophisticated, capable and agile.  And the threats they pose are increasingly varied and complex.  Within this context, a number of challenges to US air superiority are in place or developing.  These include access-denial military complexes -- with long-range, stealthy tactical fighters; ballistic and cruise-missile weapons capable of targeting US bases (land and sea); and highly capable surface-to-air missile systems.  These modern integrated air defenses pose a particularly acute threat to US air superiority and therefore to force projection capabilities.

Given these circumstances, a well-considered and timely offsetting response is strongly indicated.  Accordingly, we (1) discuss the salience of 2030 in DoD air combat planning, (2) consider the F-35 as a combat asset going forward; (3) offer some thoughts about the right number of 6th-generation manned fighter types, and (4) essay a list of air combat gaps for a conflict in the 2030s, with ratings of  their relative importance.

One conclusion we reach is that there is a strong case for no new manned fighters in the near future.

Planning For 2030 and beyond

An interesting feature of the current discussion is the apparent salience of 2030 for air combat planning purposes.  The year is frequently discussed as an operational date for a next-generation fighter, or set of systems. ).  Highly-placed Air Force officials (including the Commander, Air Combat Command) have held that 2030 IOC to be an operational requirement.  Similarly Navy leadership has noted a need to replace its Super Hornet fleet starting in 2030.

Also 2030 has been the reference point for a number of studies of future air combat, including some by the Air Force and the Defense Advanced Research Projects Agency (DARPA).

The F-35 as air combat asset

The Joint Strike Fighter (JSF, F-35) began as an initiative to provide a timely and affordable replacement for a number of US fighter aircraft.  The design then evolved to making the new fighter something touted as a revolution in air combat.  Requirements growth entailed significant schedule delays and cost overruns.  In retrospect, the acquisition strategy could be described as devolving to fielding that aircraft no matter how long it took or how much it cost.

F-35 cost and schedule problems can be attributed to the complexity of a software-defined aircraft.  This has also meant software-limited, with software development generally defining the critical path of the program schedule.

Two of three F-35 models are now declared operational, albeit with limited mission capability – software development being the likely pacing item on the road to operational maturity.

That said, the F-35 is expected to be an effective air combat asset at maturity – with operational service possible until 2070.  There are excellent reasons to question that longevity hypothesis.

First, the stealthy F-35 is no final solution.  All concerned powers, (including the US) are developing stealth countermeasures.  The list includes the following:

Many of these programs are still in development, and it’s safe to say not all will succeed.  Nonetheless, these stealth countermeasures constitute a rich and promising menu.  As time goes on, we can expect at least some of them to be operational and effective.

Stealth counter-countermeasures are, of course, possible, but it may be difficult to match the US’ low-velocity acquisition bureaucracy against agile and sophisticated opponents.  Or as an Air Force flag officer put it: “… emerging threats’ timelines are decreasing.  (Our) acquisition times are increasing.”

Second is the question of the F-35’s potential for upgrading. While the F-35’s airframe may indeed age operationally as well as, for example, the B-52, that’s not self-evident.  The set of requirements for the aircraft (supersonic flight, vertical landing, carrier operations, stealth) did much to reduce trade space, and perhaps limit the expandability important to accommodating to mid-life upgrades.  (The “flying blivet” epithet for the F-35 seems unnecessarily pejorative, but not unfounded.)

Furthermore, the F-35 will need range extensions to operate in theaters such as the Western Pacific.  For example, it’s approximately 1650 nautical miles from Guam to Shanghai, while the F-35 has an unrefueled combat radius of about 600 miles.  But, according to open reports, it may or may not be possible to significantly increase fuel efficiency (and range) without a major airframe redesign.

How Many 6th-Generation Manned Fighter Types?

A significant part of the ongoing discussion concerns 6th-generation manned fighters, with one question being how many types to field.  The contenders are two, one or none.

Two New Fighter Types: the current favorite: The Navy and the Air Force seem to regard the case for two fighter types as highly credible – for at least two reasons.  First is the F-35 experience as a jointly developed and managed system, with the results discussed above.

Second is the common-sense, and empirically supported, view that Navy and Air Force designed operational roles (and design requirements) are sufficiently different that pursuing a common airframe is probably not indicated.

A variant of this alternative is two aircraft with some common subsystems -- engines and software being most commonly mentioned.  And the two services are indeed planning to collaborate on studies of new aircraft designs.  Based on publicly available sources, two aircraft with significant commonality is the most widely accepted view of the best approach to a 6th generation fighter.

One New Fighter Type: apparently discredited:  However, it’s possible to make a case that inadvisability of a multi-service program is based on a lesson overlearned.  There are historical cases of one fighter aircraft being successfully developed for multiple users with different needs – both domestic and international.  These include the F/A-18; one aircraft was adapted to multiple customers’ needs and situations.

Deliveries of F/A-18 aircraft between 1980 and 2000 totaled 1480, with over 400 exported to seven countries.  Those international customers purchased an already existing aircraft then in use by the U.S. Navy.

While some production modifications were possible, international purchasers were customers rather than program partners.  Nontheless, most of the export buyers participated in the assembly of their aircraft, and in mid-life upgrades.

A number of issues arose within the F/A-18 community.  Most were rather mundane, such as transfer of spare parts, and test and repair capabilities.  However, the F/A-18 international community‘s governance structure worked well in resolving many of these problems – through active discussions among export customers, the U.S. Navy, and Boeing.  One good example of dispute resolution and problem solving involved efforts by the Navy to have the State Department  standardize and clarify the application of U.S. export contol regulations to the activities of the entire Community.  This resulted in a high level of satisfaction with aircraft performance and working relationships with US Navy and industry personnel.

Our take is that the F/A-18 program’s success in service with multiple air services was due to good management, an effective user community governance structure, and transfer of technology sufficient to adapt the aircraft to customer-specific needs.

Among other things, having a clearly defined lead customer (US Navy) provided a clear demarcation of responsibility that was not present in the F-35 program.  The Air Force’s C-17 program was similarly successful.

In short, it might be premature to dismiss a joint program.  Joint-use systems can be successful if they don’t start as jointly-managed acquisitions.

No New Fighters: largely neglected:  There has been some, but not much, advocacy for no new fighters.  Nonetheless there is a coherent case for delaying new fighters for a very long time – noting that a variation of this alternative could include selections from the following list: