Why ASEAN is in Disarray in the South China Sea 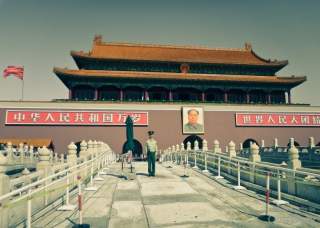 Once celebrated as a model multilateral organization and an agent of positive regional change, the Association of Southeast Asian Nations (ASEAN) is in disarray.

On July 12, a tribunal at the Permanent Court of Arbitration in The Hague issued a judgment on the South China Sea that is widely seen as a victory for ASEAN member the Philippines over China. In the short run at least, this has proven to be a pyrrhic victory. At the organization’s July 21-26 meetings with their non-ASEAN dialogue partners in Laos, divisions within ASEAN over the South China Sea disputes were on full display.

What explains this disunity?

China emerged from the Cold War as the dominant influence in Indochina, and particularly over Cambodia. Fast forward to the present. In ASEAN’s internal discussions on the wording for a final communiqué, Cambodia refused to include any mention of China in the section on the South China Sea. The failure to release such a statement is revealing. If the organization cannot speak with a powerful voice on a dispute involving contested sovereignty claims between China and some of its members, namely Brunei, Malaysia, the Philippines, and Vietnam, then when can it speak? The machinations that led to this outcome are equally instructive. One ASEAN diplomat, speaking on the condition of anonymity, explained Cambodia’s steely resolve in blunt terms. “Cambodia is unbelievable. It is blocking any phrase about the [Hague] arbitration and about [China’s] militarization” of the South China Sea. The effect of these developments on ASEAN credibility cannot be understated. Another diplomat, from Indonesia, made this clear. “Our house is in a mess. We don’t want ASEAN to be like Europe. We want to save ASEAN and be unified again.”

If anything, the situation has deteriorated further for ASEAN. The newly-elected Philippines President Rodrigo Duterte has decided to initiate direct talks with China, even as his ASEAN partners are being systematically critiqued by Beijing. In late August, a senior Chinese official confirmed that “important backstage” contacts to improve Sino-Filipino relations were occurring. Then, in late September, Manila announced that Duterte will be visiting Beijing in October. Meanwhile, Singapore, as the designated country coordinator for Sino-ASEAN relations for a three-year term, has been repeatedly singled out by Chinese foreign ministry officials for veiled critical comment. More nationalistic elements of the Chinese press have made explicit what was left unsaid by official sources.

Whatever emerges from this mess, we should not expect a change in longstanding Chinese policy of seeking a divided ASEAN. In the late 1990s, ASEAN expanded its membership to incorporate Vietnam, Myanmar, Laos, and finally Cambodia. Ironically, one argument for expansion that was advanced at the time by ASEAN diplomats was the need to prevent these states from falling into China’s sphere of influence, thus dividing Southeast Asia. That logic has failed the test of reality. Since the expansion, there have been notable delays in obtaining consensus at ASEAN meetings. In intra-ASEAN discussions on issues involving China, word is reportedly being fed back by some member-states to Beijing on other ASEAN states’ positions. It takes little detective work to guess the identity of these states: Cambodia, Laos, and Myanmar. These states are in the position of both having China as a major trading partner and of not enjoying a particularly close security relationship with other major non-regional powers. The imperative of cooperating with Beijing invariably weighs heavier on their minds than vague ideals of ASEAN cooperation.

One need not necessarily impute malign intent in Chinese actions. China is simply asserting its interests as it has chosen to define them, and engaging in rhetoric and behavior that are typical of rising powers across the millennia. It would be highly unusual for a great power like China to voluntarily respect agreements that seek to constrain it. This was the intent of the now 2002 ASEAN-China Declaration on the Conduct of Parties in the South China Sea. The surprise is not that the declaration has palpably failed. It is that so many diplomats, analysts, and academics bought into the myth of China’s “peaceful rise,” and believed that Beijing would be constrained purely by agreements signed with smaller states. Even at the time, such expectations were implausible, as the Chinese themselves recognized. Great powers rarely if ever rise peacefully, least of all when the state in question was previously an empire, and has a checkered history with its 20 immediately adjacent states. This history includes border wars with India, Russia, and Vietnam in the last 50 years, and a literal occupation of its territory by Japan during World War II.

Recent developments will not be particularly surprising to less starry-eyed observers of the East Asian region, who have often been cast as insufficiently attuned to the region’s putative norms, identities, and strategic cultures. One wonders where these abstract concepts  are when they are needed most. That said, the United States and its regional partners cannot view Chinese success in dividing ASEAN with equanimity. Chinese policy has spillover effects, both for other states and itself. To state the obvious, with a divided ASEAN, the region is now less stable and increasingly volatile. Unless the current U.S. presidential election campaign produces a candidate who is up to the challenge of balancing Chinese power in word and deeds, ASEAN will continue to be a casualty of Chinese realpolitik.