Why Asia (and the World) Should be Worried: The Death of the Great Bargain 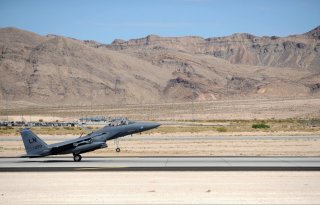 In 1972, Nixon and Mao met in Beijing to begin the Great Asia Bargain. Nixon called it the week that changed the world. The Republican and the Revolutionary ushered in a glorious period.

Almost as an aside—a prelude to the geopolitical plotting—they launched an economic engagement that turned China into the phenomenon of the modern age. As the man who took the U.S. dollar off the gold standard, Nixon started a process that will see the Yuan become a global currency to equal the greenback. Talk about unintended consequences. And that was just an aside.

Look back at what Mao and Nixon wrought because of what Shinzo Abe’s is now doing. Making Japan a security power—even claiming Japan’s right to be a “superpower”—marks the demise of an important residual element of the Bargain.

Of course, much else disappeared long ago. The central driver of the Bargain was the primary threat from the Soviet Union. For both leaders, Russia was the number one danger. Kissinger judged that following military clashes along the Soviet–China border, Beijing moved beyond ideology to deal with the U.S. “Their peril had established the absolute primacy of geopolitics. They were in effect freeing one front by a tacit nonaggression treaty with us.” With that tacit treaty, China was aiming to use “one set of barbarians to balance another.”

Today China and the U.S. see each other as their greatest threat, the binary reality rendering the Bargain an artifact of history. Even so, as with the economic deal, security elements of the Bargain have continuing effects, often of major importance. Losing those lingering security deals after four decades tells us how much uncertainty now envelops Asia.

Beyond China–U.S. national self-interest, the Bargain rested on understandings about U.S. interests in Taiwan, Japan, and South Korea. The explicit understanding on South Korea also carried implications for what China would do to restrain North Korea—another area where the Bargain failed long ago.

Mao assured Nixon that Taiwan was not an important issue and China could show patience about its return to the motherland. Kissinger quoted Mao: “We can do without them [Taiwan] for the time being, and let it come after 100 years.” For all the push and shove since, that promise holds.

That long view on Taiwan was linked to acceptance of the U.S. alliance with Japan and a particular understanding of how the alliance should work. Kissinger quoted this from Mao: “Japan must not feel neglected by the U.S.; Japan was inherently insecure and sensitive. He would see to it that China did not force Tokyo to choose between the U.S. and China. That might polarize; it would surely enhance Japanese insecurity and might give rise to traditional nationalism.”

Kissinger wrote that China came to accept America’s argument that the U.S. alliance with Japan should be viewed “as a guarantee of America’s continued interest in the Western Pacific and a rein on Japanese unilateralism.”

The military balance in the Bargain was elegant. The U.S. would keep its troops in Japan to maintain a firm foot on Japan’s neck. China’s former occupier was not to return to any form of assertive nationalism, much less military power.

If Washington was to maintain boundaries on Japan, then Beijing should do the same to North Korea. Allowing North Korea to go nuclear rates as a major breach of Mao’s undertaking not to disturb Japan or South Korea.

All this is context for Japan’s Defense Minister, Itsunori Onodera, arguing Japan is more than just back. Japan, he says, is “drastically moving its security policy forward: because of “severe challenges” to Asia’s security order. Expanding defense cooperation with the U.S., Australia and Southeast Asia is normal: “It is natural for a great power like Japan to play a responsible role for the region based on the significance of the area and the increasingly acute regional security environment.”

That “great power” line led the Wall Street Journal to ponder Japan’s identity confusion and whether it is, indeed, a great power. The fascination in the piece was the link to Amy King’s analysis of Chinese writings, showing that Beijing certainly does not view Japan as a great power; that Great Bargain effect persists in Beijing, even if the U.S. and Japan have ditched it.

Asia has long outgrown the Bargain bequeathed by Mao and Nixon; I was going to say blessed rather than bequeathed, but that confers too much grace on a hard-eyed geopolitical compact. If the Republican and the Revolutionary—a pro and a tyrant—could do the deal, their successors should be as competent and as ambitious in seeking a new power-sharing order in Asia or a new responsibility-sharing order.​