Why Australia Must Stay Out of the South China Sea Showdown 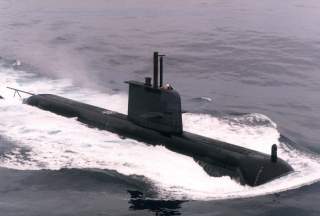 We all owe thanks to Sam Bateman for his excellent East Asia Forum article on June 1st in which he explains that the situation in the South China Sea around the Spratlys is not at all simple according to maritime law, that “innocent passage” is hedged with many conditions, and that freedom of navigation operations “are inherently dangerous”.

He also points out that “other countries...have also undertaken extensive reclamation works on their occupied features, including building airstrips and adding military fortifications.” The Philippines, Vietnam, Taiwan and Malaysia have all built airstrips on their islands; the Philippines airstrip is over 1km long and can take C-130s.

Of course, none of those countries is a rising power like China (though Vietnam is widely regarded as having defeated China in their 1979 war). However, China is other things as well. Most relevantly, it is a great trading nation, as no country is more aware than Australia. Most of the sea traffic in the South China Sea is headed to or from Chinese ports.

In regard to aviation, today's Sydney Morning Herald reports on efforts by Qantas and China Eastern to form a deeper alliance to further the stated goal of the Australian and Chinese governments to triple air capacity between the two countries over the next three years. It is really most unlikely that freedom of navigation in or over the South China Sea for commercial sea or air traffic is a real concern.

Freedom of movement for military ships and aircraft is of course a different matter, and in my view this is what the current intensification of tension is about. The Americans don't want their post-World War II dominance in the Western Pacific challenged. The Chinese are tired of that dominance, and are acting to strengthen their position in an important maritime area close to China, and in which it, like others, has territorial claims.

The U.S. is our ally, while China is our most important trading partner and a country with which we are seeking to strengthen relations in many areas. It would be quite unnecessary and unwise for us to follow the U.S. into yet another ill-considered adventure under a slogan of 'protecting freedom of commercial navigation', which is clearly a straw man.

(Recommended: 5 Most-Powerful Navies on the Planet)

Geoff Miller the former Australian Ambassador to Japan (1986-89) and Director-General of the Office of National Assessments (1989-95). This piece first appeared in the Lowy Interpreter here.