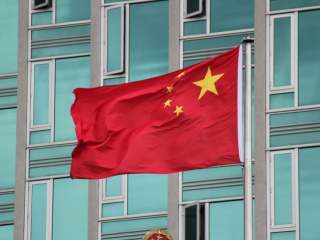 China’s military activities on its ocean frontier have given rise to a fear that it’s seeking to expand its power at the expense of others now that it has a more powerful navy. The essence of this idea is that China’s activities are expansionist and more aggressive compared with twenty or thirty years ago because it has a new urge for more territory or because it wants to throw its new-found weight around in maritime areas to rewrite regional order.

Another interpretation is possible, more in conformity with the facts, and less sinister.

China’s ocean frontier has, for the most part, never been settled in the five centuries since the idea of maritime borders under international law was first articulated in 1609.

China’s primary motivation in recent South China Sea military activities, then, is to defend what it sees as its island territories which neighboring countries have attempted to usurp.

Regional order (the balance of economic and military power between Japan and China and between the mainland and Taiwan) has already been rewritten by China’s peaceful rise and any additional gains accruing from the control of its claimed small island territories in the South China Sea would be marginal. For China, the main game on its maritime frontier is successful unification with Taiwan, which sits at the northern end of the South China Sea. Though China has come to describe the dispute in the Spratly Islands as a “core interest” because it involves sovereign territory, that is hardly new and is only a statement of the obvious. The more important characterization driving Chinese policy for decades has remained, as one Chinese government adviser observed in 1996, that the Spratly dispute is “small in scale and local in nature.”

Beginning in the mid-1800s, colonial powers such as the United Kingdom, the United States, Belgium, Italy, France, Germany, Portugal, Russia and Japan successively became involved in carving out spheres of influence or de facto sovereignty (“concessions” of some kind) over enclaves of Chinese land territory in such a way that the country, weak in naval power, didn’t place any priority on asserting or protecting a maritime frontier.

It wasn’t until an 1887 treaty with France delimiting a sea border with the French protectorate of Tonkin that China began to take any action to demarcate and defend an ocean frontier. That came just two years after China had been forced by Japan to cede the island of Taiwan and associated small islands to Japanese sovereignty. And it was only with the defeat of Japan in 1945 that China again was in a position to demarcate and defend its maritime frontier, including around Taiwan, free from foreign military threat, invasion or occupation.

The opportunity was short-lived because the country again fell into civil war, which resulted in an enduring stalemate about the country’s ocean frontier. In 1949, the Communist victory was incomplete. The rival government, the Republic of China (ROC) was able to establish itself on Taiwan and the mainland government was forced into a protracted and still unfinished series of island wars and political contests to mark out a maritime frontier.

Beginning with Canada in 1970, major Western powers still recognizing the ROC began to shift their diplomatic recognition from it to the People’s Republic of China (PRC). This has the inevitable effect under international law of preserving to a unitary China (led by the only recognized government) all territorial rights of the ROC prior to 1949. Of special significance, these include the ROC claim to the Spratly Islands, manifested in 1946 through physical occupation of the island of Taiping (Itu Aba). The ROC and the PRC maintain nearly identical territorial claims in the South China Sea.

China’s current claims on its ocean frontier comprise three main elements: claim to territorial sovereignty over Taiwan and other ROC-controlled islands, claim to territorial sovereignty over a large number of other small islands in the South China Sea (Paracel and Spratly islands) or East China Sea (Senkaku Islands), and claims to maritime resource jurisdictions (not sovereignty) that might flow to China if its claims to the land territories were recognized by adjacent states.

With the exception of the claim to the Senkaku Islands, the territorial claims of China haven’t changed since before 1949. It was the ROC that in 1970 first claimed the Senkaku Islands and the PRC was forced to follow suit since both governments were at that time competing to be seen as defending the sovereignty of “one China."

The extent and character of China’s sovereignty claims aren’t unusual and in broad terms conform to the practice of other states with only one clear set of exceptions: China appears to claim sovereignty over submerged reefs that wouldn’t normally qualify as land territory.

It’s regularly asserted by some scholars, media commentators and other analysts that China claims sovereignty over almost the entire South China Sea. But that is based on a misunderstanding of the so-called nine-dashed line that China has repeatedly included in maps of the South China since 1947. In December 2014, in a study of China’s potential ocean frontier in the South China Sea, the U.S. Department of State observed correctly that China has never clarified the jurisdictional intent of the U-shaped line.

Thus, the current maritime territorial disputes predate the rise of China’s power and increase in its naval capability. Any assumption that China has somehow expanded its maritime claims because it now feels more powerful is not borne out by the facts. One of many things that have changed about the disputes is China’s willingness to act robustly, as most states would, to defend pre-existing sovereignty claims that have been in place for at least 66 years.

Greg Austin is a Professorial Fellow with the EastWest Institute in New York and a Visiting Professor at the University of New South Wales Canberra. This article first appeared in the Strategist.