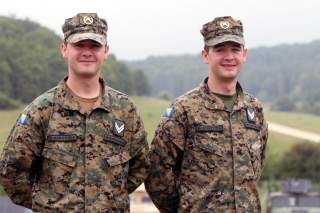 The NATO Summit in Warsaw this July will bring one more Balkan country closer to the Alliance membership. Along with Slovenia and Croatia, Montenegro is on track to become the third Yugoslav successor state to join NATO. Montenegro's accession will bring a recent NATO foe within its fold. Yet, a country that NATO militarily intervened in 1995 and subsequently brought peace to lags behind: six years ago, NATO agreed to offer a conditional Membership Action Plan (MAP) to Bosnia. A stepping stone to full membership, MAP is dependent on the country's registration of immovable defence properties. The issue of whether to register the properties on the state or the entities has been used in the Bosnian entity Republika Srpska's footdragging towards meeting this requirement. Modest progress has since been made in registering some of these properties. However, concerns persist that the conditionality is turning into a barrier. Instead of functioning as a catalyst for reform, NATO's conditions may be used as a mechanism for slowing down Bosnia's path to NATO. The Warsaw summit provides an opportunity to reinvigorate the process. Fast-tracking Bosnia's NATO membership is crucial for two reasons.

First, the return on NATO's investment in Bosnia needs to be secured. The Alliance's presence in Bosnia following the conclusion of the Dayton Peace Accords ensured that the country did not slip back to war. In fact, the military component of the peace accords has been far more successful than the civilian one. Currently faced with increasing challenges in Europe, NATO's legacy in Bosnia offers a success story. However, what began as NATO's out-of-area operation in the 1990s remains an unfinished project. Bosnia's accession to NATO would be a case of firmly anchoring the peace dividend in the Balkans. Activating Bosnia's MAP would be a way to lock-in gains and provide much-needed momenutm for the country's reforms.

Secondly, a failure to absorb Bosnia could risk leading the country to a Balkan frozen conflict. Political stalemate has become a staple of Bosnian politics particularly over the past decade. Overcoming the potential for perpetual conflict built into the Dayton political system is possible through the active involvement of external actors such as the EU and NATO. The good news is that support within Bosnia for the country's membership in NATO is still high. Indeed, during a recent Friday prayer in Bosnia, imams read a sermon on the occasion of Bosnia's armed forces day and hailed the country's path to NATO. However, there are also signs that the support is wavering. Politicians from Republika Srpska have been voicing their not-so-veiled opposition to NATO membership. By embracing Bosnia, the Alliance would be forestalling the development of a larger anti-NATO constituency.

Bringing Bosnia closer to full NATO membership would be extending the zone of stability to a crucial part of the Balkans. At a time when NATO is challenged on several fronts, locking-in a success in Bosnia is a sound policy. With its expected focus on eastern Europe, the Warsaw summit is an opportunity to signal NATO's commitment to this part of the former communist block. A failure to absorb Bosnia in a timely fashion could risk snatching possible defeat from the jaws of victory.

Hamza Karčić is Assistant Professor at the Faculty of Political Science, University of Sarajevo.