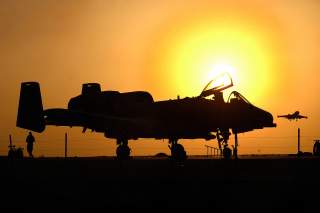 While a lot of attention gets focused on long-range antiair systems, recent events in Syria and Iraq have highlighted the important role Short-Range Air Defenses (SHORAD) play on the modern battlefield. China’s People’s Liberation Army (PLA) is fully aware of this trend, and fields a bewildering variety of SHORAD systems that cover almost every role. The origins of these systems are also incredibly varied. Some are based on European systems, while others are based on American or Russian systems.

At first, China tried to develop its own SHORAD systems. The first domestic system was the HQ-61 Missile, developed in the 1970s. The performance of this missile was considered middling at best, due to the relative immaturity of Chinese electronics and missile technology relative to its peers. By the 1980s, the PLA considered it totally obsolete. At first, attempts were made to modernize this missile with the HQ-63 missile program around 1985, but this too was hampered by the immaturity of the Chinese research complex at the time, and this was scrapped.

To acquire an effective system, the PLA looked outwards. Independent of the HQ-61 upgrades, the PLA acquired the French Crotale missile in 1978 for analysis. They found it was far better in almost every aspect than the HQ-61, so they began the process of reverse-engineering it in 1979. By 1983 they had their first reverse-engineered domestic prototype, the HQ-7. This went through trials in 1986, and was accepted into service in 1988. The HQ-7 has radar guidance, as well as TV and infrared optical modes. Published figures put its range at 12 kilometers, and ceiling at five kilometers. The latest upgrade, the HQ-7D improves these to seventeen and six kilometers, respectively, and improves the speed of the missile from Mach 2.3 to Mach 3. The HQ-7 also equips ships in its navalized version.

In addition to the Crotale, another Chinese Missile SHORAD system has European roots. China bought Italian Aspide missiles after failing to reverse-engineer the AIM-7 when working on its BVR Air-to-Air missile program. It also created their own version of it as the PL-11. China later adapted the PL-11 into a Surface-to-Air missile called the HQ-6D, LY-60D, or HQ-64. It has slightly superior range to the HQ-7, with a range of eighteen kilometers and a height of twelve kilometers, and a speed of Mach 3. It has often been seen deployed on military airfields as base defense.

While these systems were good, in the 1990s China saw the developing threat by American pop-up helicopter attacks and long-range helicopter antitank guided missiles. As a result, they looked to acquire an even more effective SHORAD system. This time, they looked to Russia, buying more than twenty sets of the then-advanced Tor-M1 missile SHORAD system. Prototypes were created in 2002, trials were held in 2004 and the system was adopted in 2008. After replacing the basic radar with a new phased-array radar, and incorporating Chinese IFF and datalink modules, they called this system the HQ-17.

In addition to missile SHORAD, China also fields multiple types of gun SHORAD. Its first modern gun SHORAD system, the PGZ-95, entered trials in 1995. Armed with quadruple twenty-five-millimeter autocannons and a quadruple MANPADS mounting, the PGZ-95 was meant to serve as a mobile system to protect maneuvering armor units. With both the MANPADS and guns, it’s estimated to be effective in a roughly six-kilometer bubble around the vehicle.

China also later developed the PGZ-09/PGZ-07 Gun SHORAD. This system closely resembles the German Gepard Gun SHORAD and is based around licensed versions of the Oerlikon thirty-five-millimeter KDA autocannon used on the Gepard. The faster velocity and greater bursting radius of the thirty-five-millimeter shells make the PGZ-09 more effective than the PGZ-95. There are also rumored to be versions with HQ-10 SAMs in addition to the gun system, a lightweight SAM developed from the TY-90 helicopter-to-helicopter missile.

In addition to mobile self-propelled gun SHORAD, China fields a stationary-gun SHORAD system similar to the American Counter Rocket Artillery Mortars (C-RAM) system, called the LD 2000. Similar to the American CRAM, this simply consists of a gatling gun paired with a powerful radar. Instead of the American six-barreled twenty-millimeter gatling cannon, the Chinese LD 2000 uses a seven-barreled thirty-millimeter gatling cannon. Later versions of this system also include six mounts for the HQ-10 light SAM in addition to the gatling cannon. There’s even a version that includes an eleven-barrel gatling cannon, for an even higher rate of fire.

The HQ-10 also exists for ground use as a dedicated point-defense type system, found in a standalone twenty-four-cell launcher. Due to the small size of the seeker, it is IR or passive radar guidance only. Sources state the range of the missile as being nine kilometers for subsonic and six kilometers for supersonic targets. The closest analogy to this would probably be the American RIM-116 Rolling Airframe Missile, but in American service that is a Navy-only system that does not see ground use.

On the smallest level, China also fields systems similar to the American Avenger Stinger vehicle. Various octuple MANPAD turrets can be found mounted on various Chinese wheeled vehicles. While many of these systems are for export, apparently some are in domestic service.