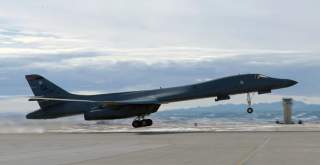 Secretary of State Rex Tillerson’s comment during his confirmation hearing that the United States would deny China access to its man-made island bases in the South China Sea caused a predictable furor.

However, few people seriously think the US is going to blockade the islands. This is a poor option anyway.

China’s military is not going to be rolled back and abandon the islands. It can’t.  Beijing’s leadership has proven it is no better at running an economy than anyone else in human history. That only leaves restoring China’s grandeur to justify Chinese Communist Party rule. Backing down in the face of US pressure would be humiliating and possibly threaten regime survival.

Even if the US has few decent options for direct military pressure on existing Chinese-held island bases, Tillerson’s comments and subsequent statements by Trump Administration officials suggest an abrupt change in longstanding US policy towards China.

One might now anticipate an end to accommodationist (some would say, appeasement) policy under which the norm was ‘de-escalation’ whenever China did something provocative.

While the US more or less stood by, the People’s Republic of China has come close to establishing de facto control of the South China Sea and greatly expanded its position inside the entire so-called 1st Island Chain.  China’s military can make an opponent’s operations inside the chain extremely difficult – and this will become even more the case as the People’s Liberation Army’s capabilities increase.

China’s strength inside the 1st Island Chain may not be the strategic advantage it seems – now that the United States appears willing to defend its interests.

Regional geography is an unchanging variable and not in China’s favor in this case as it leaves open the possibility that if push comes to shove, the US and its partners could hem Chinese forces inside the 1st Island Chain.  And, if necessary, make life exceedingly difficult for Chinese forces operating inside the chain.

The geography makes the 1st Island Chain effectively a barrier. There are relatively few ‘access (or exit) points’ through the chain that stretches all the way from Japan in the north down past Taiwan, the Philippines, and Indonesia, and over to the Straits of Malacca in the south.

Access points can be easily defended against an adversary seeking to transit such channels.  All can be covered and blocked using a combination of land and sea-based anti-ship missiles and long-range precision artillery, sea mines (‘dumb’ mines will do nicely, and ‘smart’ ones do even better), anti-aircraft systems, anti-submarine weapons, and the like.

Most of these weapons also can reach well inside the 1st Island Chain – and one should not forget Vietnam’s ability to ‘reach in’ from the West. Japan has already started installing such a defensive network in its Ryukyu Islands.

The aforementioned ‘asymmetrical’ weapons do not take into account the considerable resources of the US (and other nations) in the form of naval combatant ships, submarines, airpower, Marines, and surveillance resources that can be used to block the 1st Island Chain.

With a newfound US backbone, particularly if solidly linked operationally and politically with Japan and its considerable, if latent, military resources other regional nations might feel more confident about asserting their own interests.

Much of the intellectual work for an efficient strategic defense centered on defending from the 1st Island Chain and making use of economic pressure has already been done by retired US Marine Colonel, TX Hammes – whose ‘Offshore Control’ concept is a useful initial blue-print the Trump Administration would do well to consider.

President Xi and his immediate predecessors perhaps didn’t think through the geography angle as much as they might have. And China tipped its hand too soon in 2009 when it ended its so-called charm offensive, which was indeed lulling to sleep regional nations (and even many Americans), and started throwing its weight around.

Nowadays, almost nobody in Asia who isn’t on the Beijing payroll, or hopes to be, sees China as benign. The more prevalent view is one of an acquisitive bully.

Scratch the surface even in Malaysia and the Philippines and there is plenty of resentment toward the People’s Republic of China.  And President Xi managed to do the near impossible by making Japan take its defense more seriously — something successive American administrations couldn’t achieve.

The Chinese thinking appeared to be that after absorbing everything inside the 1st island chain and intimidating Japan, the 2d Island Chain would be next, as China moved from strength to strength – with nobody able or willing to resist.

Beijing perhaps had reason to believe the US ‘wouldn’t do anything’ – and US behavior after the Scarborough Shoal standoff in 2012 between Philippine and Chinese vessels bore that out, as did successive invitations to RIMPAC while the island building effort was in full-swing. Add to that mix the United States’ scant support for the Philippines after the Permanent Court of Arbitration ruling on the South China Sea in 2016.

So, for a scheme ultimately dependent on American acquiescence, Donald Trump’s election threw a wrench into the works.

As welcome as a change in US policy might be, dealing with China’s attempts to dominate East Asia will not be not be easy nor risk-free, unless one wishes to cede everything inside the 1st Island Chain in what would uncomfortably look like a reprise of the Sudetenland in 1938.

Things might get frightening as Chinese invective kicks in – and the inevitable physical confrontation – involving the US or one of its regional friends comes along.

One bellwether may be at Scarborough Shoal and the US response to a Chinese effort to ‘fill’ the shoal and build on it. Taiwan is also in for a hard time – not least given its strategic position on the 1st Island Chain, which potentially gives the mainland a foothold to ‘break’ the chain and have unfettered access into the Pacific.

Taking some risk on behalf of US interests is unavoidable – and at long last imposing some risk on China is called for – as Professors Toshi Yoshihara and James Holmes at the US Naval War College have advocated.

China needs to decide if potentially taking on the full might of the United States — to include serious economic costs (which the US is capable of inflicting) — is worth the effort and the drain on resources of continuing its drive to dominate East Asia and international waters and ocean territory of other nations.

With the right approach on the part of the US and like-minded nations, China may find that after all its effort to build island bases — ruining its image in the process and motivating Japan to take its defense seriously — it has merely done the 1917 equivalent of moving the Western Front a mile to the east – at great cost, but with few prospects for further advances.

Grant Newsham is a senior research fellow at the Japan Forum for Strategic Studies and a retired US Marine Officer.