Why China and Pakistan Should Fear India's Arihant-Class Submarine 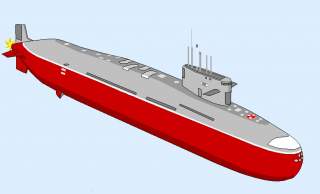