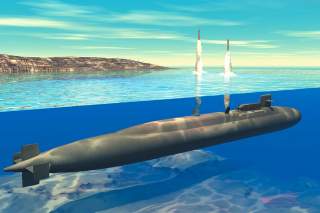 The Ohio-class ballistic-missile submarine (SSBN) was built to destroy cities and military installations in the event of a nuclear war—or more precisely, to deter adversaries from ever starting one. However, following the end of the Cold War, the U.S. Navy determined that it didn’t need all eighteen of its underwater horsemen of the apocalypse for the nuclear deterrence mission.

In fact, TNI contributor Ben Ho Wan Beng has already described how Ohio-class SSGNs could be used to “kick down the door” by suppressing anti-aircraft and anti-shipping missiles in a first strike, paving the way for aircraft and surface ships to exploit the resulting gap in an adversary’s defenses—a role the USS Florida played in the Libya intervention.