Why China Should Feel Good About Taiwan 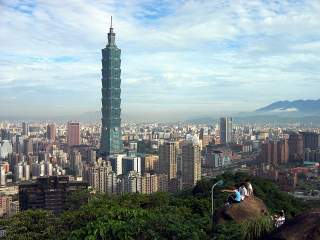 Recent developments in relations between Taiwan and China should bolster the confidence of Chinese leaders that Taiwan under President Tsai Ing-wen will eschew provocation in favor of pragmatism and accommodation with Beijing. Indeed, Tsai’s handling of the December 2nd congratulatory call to then President-elect Donald Trump, her administration’s reaction to Trump’s questioning of the “One-China” policy, Tsai’s end of year speech, and her administration’s treatment of her US transit all demonstrate that she seeks stability and predictability in cross-Strait relations. More significantly, these developments suggest that Tsai may even plan to keep Washington at arm’s-length to avoid unnecessarily antagonizing Beijing.

Tsai’s phone call to Trump probably occurred because she thought Taiwan needed, as one recent article put it, “symbolic gains” to “push back” against Chinese pressure on the island. Nevertheless, the call was treated with the utmost care by Tsai’s government, both in its execution and aftermath. According to the official Taiwanese readout of the meeting, the two leaders discussed “domestic economic development and national defense” as well as “views on conditions in the Asian region.”  There was no discussion of Taiwan’s status vis-à-vis China, which certainly would have alarmed leaders in Beijing. Tsai later informed visiting US journalists that the call was “not a policy shift of the United States” in order to downplay the significance of the call. It is also important to note that Tsai astutely contacted Trump while he retained the status of President-elect, knowing full well that Chinese leaders would interpret a call to a sitting US president—which has never happened—as being far more provocative. And once Trump became president, Tsai was sure to keep her distance, opting to reestablish her Twitter account to offer a congratulatory tweet instead of making another call.

The Tsai administration was especially cautious after Trump noted on December 11th, in a Fox News interview, that the “One-China” policy might be up for renegotiation. Declining to directly address Trump’s comments, Tsai’s spokesman, Alex Huang, stated that Taiwan only seeks enhanced freedom and international space throughout its relationship with the United States. Huang further stated that Taiwan seeks to maintain positive and stable cross-Strait relations. To be sure, Taiwanese public opinion polling has consistently shown that the vast majority of citizens prefer to maintain the status quo in cross-Strait relations. Tsai probably recognizes this sentiment and worries that Trump’s comments might inadvertently provoke Beijing.

Tsai’s end of the year speech came on the heels of two separate Chinese bomber flights that circumnavigated Taiwan as well as Beijing’s decision to recognize the small West African nation of Sao Tome and Principe, which represented the second time in under a year that China broke the tacit moratorium on such behavior. These actions, coupled with Beijing’s quiet policy of sabotaging Taiwan’s economy by reducing the number of tourists it sends to the island, prompted Tsai to note that “Beijing is going back to the old path of dividing, coercing, and even threatening and intimidating Taiwan.” At the same time, however, Tsai continued to stress her desire for peace and stability by stating,

For the sake of safeguarding regional peace and prosperity, I want to once again reiterate that our commitments will not change, and our goodwill will not change. But we will not bow to pressure, and we will of course not revert to the old path of confrontation.

By eschewing the “old path of confrontation,” Tsai signaled her desire not to repeat Taiwan President Chen Shui-bian’s decision to push an independence agenda.

In response to a Chinese-language Apple Daily report that Tsai was attempting to meet with Trump or one of his advisers in New York during her mid-January transit through the United States, the president’s office quickly characterized the report as “wild speculation.” In doing so, Tsai sought to limit controversy during her stopover in the US, which is considered a routine activity for Taiwanese presidents. To further sideline the rumor, a few weeks later Tsai disclosed that the transit cities would be Houston and San Francisco, i.e. purposefully not New York City, to avoid speculation that she might show up at Trump Tower. Her administration assiduously kept to this agenda even though Trump, when asked whether he might meet with Tsai in person, said “we’ll see.”

Chinese leaders are curiously either overlooking Tsai’s extraordinarily cautious handling of sensitive cross-Strait issues and Taipei’s relationship with Washington, or they are intentionally disregarding it to serve their own domestic political interests. Indeed, since Tsai’s election last year, Chinese President Xi Jinping has pressured her to agree to the so-called “1992 Consensus”—a tacit accord reached between the Chinese Communist Party (CCP) and Tsai’s predecessor—that acknowledges the existence of only “one China” but grants each its own interpretation. In his own end of year speech, Xi noted that the “Chinese people will never allow anyone to get away with making a great fuss about it [territorial integrity and maritime rights]”—a message certainly aimed at both Trump and Tsai. Ten days later, the Chinese navy sailed its carrier, the Liaoning, through the Taiwan Strait to send yet another unambiguous signal of Chinese resolve. There are now rumors that Beijing is considering a modification to its “Anti-Secession Law” that might seek an explicit acknowledgment of the “1992 Consensus” from Tsai in order to avoid invasion.

China’s strategy to deter Tsai from even contemplating independence—a concern grounded in some reality, given her past rejection of the “1992 Consensus” in 2012 and assistance to President Lee Teng-hui in crafting the “state-to-state” formulation for cross-Strait ties in the late 1990s—has been quite successful in the short-run. In particular, Beijing’s relentless pressure on the “1992 consensus” may be a contributing factor to Tsai’s sinking approval rating, which recently reached its lowest point of 33.8 percent—perhaps only half of the approval she benefited from upon taking office in May. Beijing’s goal of delegitimizing Tsai and making her feel like she must walk on eggshells in conducting Taiwan’s relationship with the mainland and the US has proven successful.

Nevertheless, Beijing’s strategy is bound to fail in the long-term. Younger generations already overwhelmingly identify themselves as Taiwanese and not Chinese. Chinese pressure tactics will only serve to stiffen resistance to China in the future. Beijing would be better served by acknowledging that, in spite of her political party’s Taiwan-centric agenda, Tsai has repeatedly and earnestly expressed an interest in maintaining peace and stability in the Strait. A careful reading of her actions in the run-up to and aftermath of key moments in the US-Taiwan and China-Taiwan relationship over the past few months reveal her intention to use this approach. And, if Beijing is not careful, Tsai could change her approach to something more provocative. Indeed, in early February, Tsai announced that she plans to unveil a new cross-Strait policy, perhaps in the latter half of 2017. This policy might not be as accommodative of Beijing’s wishes.

By not adjusting its calculus, Beijing runs the risk of alienating future generations of Taiwanese against it. Instead, Chinese leaders should seek to engage in good faith discussions with Taiwanese counterparts, meaning that the cross-Strait status quo should be fully honored. Beijing should also recognize that Tsai’s apparent tentativeness about the new US administration would rapidly change if cross-Strait military tensions were to severely escalate. For their part, Taiwanese and US policymakers should work to enhance the island’s security, while avoiding needless provocations in the Strait. Tsai has certainly held up her end of the bargain, and only time will tell whether Washington plans to do the same. Trump’s acknowledgement of the “One-China” policy in his February phone call with Xi is a good start.

The main point: Chinese leaders should seek to engage in good faith discussions with Taiwanese counterparts. Beijing should also recognize that Tsai’s apparent tentativeness about the new US administration would rapidly change if cross-Strait military tensions were to severely escalate.

Derek Grossman is a senior defense analyst at the nonprofit, nonpartisan RAND Corporation. He formerly served at the Defense Intelligence Agency as the daily intelligence briefer to the Assistant Secretary of Defense for Asian and Pacific Security Affairs at the Pentagon. The views expressed in this article are those of the author and do not reflect the official policy or position of the Defense Intelligence Agency, Department of Defense, or the US government.

This first appeared in the Global Taiwan Weekly Newsletter here.