Why China's Nuclear Subs Are Subpar 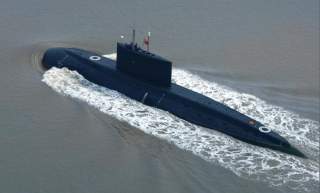 Over the past two decades, the People’s Republic of China has made great advances in its military capabilities. However, it still lags woefully behind in developing nuclear-powered submarines. The problem for the Chinese is that they lack the necessary quieting and propulsion technologies to build anything remotely comparable to an American or Russian nuclear submarine.

Even the newest Chinese Jin-class ballistic nuclear missile submarines and improved Shang-class nuclear attack submarines are louder than 1970s-era Soviet-built Victor III-class attack submarine or the Delta III-class boomer, according to the U.S. Navy’s Office of Naval Intelligence. In fact, even China’s forthcoming Type 95 will be louder than the Soviet Union’s Project 971 Shchuka-B-class submarines—better know by its NATO reporting name Akula I. Nor is it likely that the Type 96 nuclear-power ballistic missile submarine will be any better. Chinese diesel submarines are, of course, another matter entirely.

But why are the Chinese lagging behind in nuclear submarines when they seem to be advancing in leaps and bounds in almost every other field? I asked several of the best U.S. naval experts why that’s the case.

Jerry Hendrix, a former Navy captain, director of the Defense Strategies and Assessments Program at the Center for a New American Security had this to say:

It’s a two-part answer. One, noise-quieting technologies is one area where we have been particularly careful not to let out. Still, the Russians have not made any prohibitions against sharing some particular technologies and their export Kilos are pretty quiet so that leads you to the second answer: The Chinese maritime manufacturing techniques are not yet adapted to submarines.  Their stuff is still pretty noisy. That’s all I can really go into.

Bryan McGrath is the deputy director of the Hudson Institute’s Center for American Seapower and the managing director of the The FerryBridge Group naval consultancy. He’s also a retired Navy commander. He had this to say:

Bryan Clark is a senior fellow at the Center for Strategic and Budgetary Assessments. He was a special assistant to the chief of naval operations and was a Navy submarine officer. He offered his take:

Nuclear submarines have not been a priority for China, since the advantages they offer over diesel or air-independent propulsion (AIP) submarines (greater endurance, speed, and capacity) are not as significant for the missions they have used their submarines to do, such as coastal defense against enemy surface ships and surveillance. Current Chinese diesel submarines like the Song are not as advanced as their European counterparts, but they are effective in this role and appear to be reliable enough for those missions; China's Kilo-class submarines are able to carry the very lethal SS-N-27 anti-ship cruise missile. China's newest AIP submarine, the Yuan, is reported to have modern combat systems and be able to deploy missiles, torpedoes, and mines as well. The recent increase in emphasis on nuclear submarines is coming as China attempts to increase its reach and role in geopolitical affairs. Today, they are developing an SSBN and a new class of nuclear attack submarine in line with their effort to deploy a “blue-water” Navy and desire to have a second strike nuclear capability on par with other great powers.

Andrew Erickson, an associate professor at the U.S. Naval War College and frequent TNI contributor, summed it up succinctly: “One word: propulsion!”

“Submarines suitable for comprehensive blue water operations must be nuclear-powered, energy-dense, and quiet,” Erickson wrote recently for TNI. “China has struggled in these and related areas. And it can’t simply draw on its burgeoning civilian nuclear industry because the technologies and skill sets are so different.” China can’t use the lessons learnt on its civilian land-based high-temperature gas-cooled reactors (HTGRs) because those systems lack the energy density for naval applications.