Why Does China Want Aircraft Carriers? 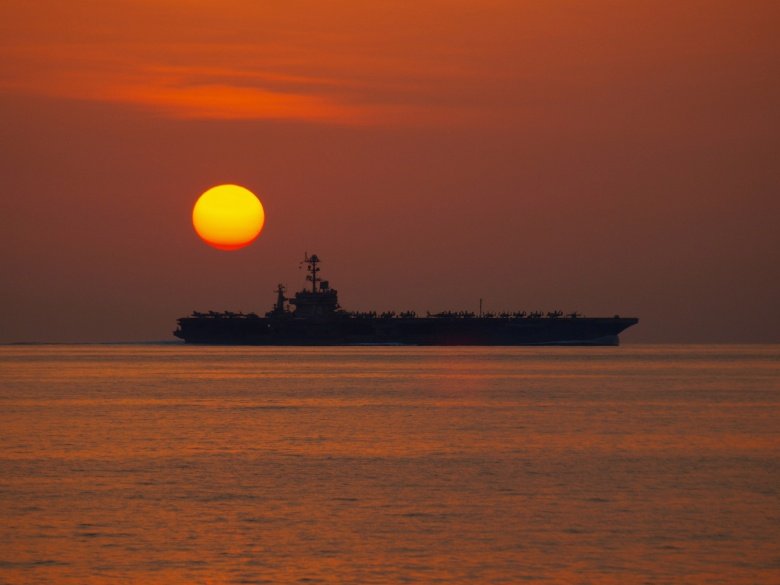 The People’s Republic of China is the only nation on Earth building not one but two “carrier-killer” missiles. Yet, China is also one of just a handful of countries who wants to build more carriers. Odd? Not exactly, if you know the history and why Beijing wants carriers in the first place.

Indeed, there is a tremendous amount of publicly available information when it comes to Beijing’s carrier program, with the history of the program being completely fascinating. For example, in a recent article for U.S. Naval War College Review, Andrew Scobell, Michael McMahon and Cortez A. Cooper III explain the drivers behind the program, operational capacities and possible future directions. The full article is available here. Don’t have time to read the whole thing? No problem, I personally feel understanding the drivers of the program is key. With that said, here is what you need to know on the topic:

While the authors point out several drivers behind the program, nationalism seems to be a big part of the mix:

“Clearly China’s carrier program has strong public support; there is considerable pride in the country’s first aircraft carrier. A wave of aircraft carrier euphoria—or a “Hangmu style” craze—swept the country as people imitated the pose of two flight-deck crewmen shown in a publicity photo guiding a J-15 fighter as it made a historic shipboard landing on Liaoning in November 2012. Most Chinese would agree with Major General Zhang Shiping’s insistence that “for China to become a major world power without an aircraft carrier is completely unthinkable.” The general, an Academy of Military Sciences researcher, insisted that “acquiring a carrier was an historical necessity” for China.”

“Possession of multiple carriers epitomizes the overwhelming naval dominance of the United States, and their lack emphasizes the continued weakness of China’s navy. One of the most jarring moments for China in post–Cold War East Asia occurred when in early 1996 the United States dispatched two aircraft-carrier strike groups in response to Chinese saber rattling in the Taiwan Strait. For Beijing, the act harked back to the nineteenth century, when China had been bullied first by Western powers and then by Japan and forced to sign “unequal treaties” trampling on national sovereignty and to concede territory. For the Chinese, U.S. aircraft carrier dominance represents a latter-day variant of gunboat diplomacy and underscores that China, despite greatly increased military might, continues to be inferior, impotent in the face of overwhelming U.S. naval power.”

Then, there is also what the authors describe as “an evolving overarching strategic logic or coherent maritime strategy.” They continue:

“. . . according to this interpretation, the PRC is pursuing a grand strategic vision—widely attributed to Admiral Liu Huaqing (1916–2011) and first set out in the early 1980s—by which the PLAN would gradually extend its reach outward into the Pacific Ocean in a phased expansion of Chinese seapower. In the first phase, by 2000, the PLAN was to extend its area of operations in the “near seas” (the South China Sea, East China Sea, and Yellow Sea) out as far as the so-called First Island Chain—the Kuril Islands, Japan, the Ryukyus, Taiwan, the Philippines, Borneo, and Natuna Besar. In the second phase, by 2020, the PLAN aimed to project its operational reach out to the so-called Second Island Chain—the Bonins, the Marianas, and the Carolines."

"In the third phase, by 2050, China would become a global seapower, and its navy would hence operate on a par with the U.S. Navy. In fact, the PLAN’s activities and power-projection efforts have so far kept pace with this timeline. This road map for the development of China’s seapower grew in significance as China’s economy underwent rapid growth and its seaborne trade experienced major expansion during the 1980s and 1990s. China’s maritime strategy gained greater traction in the twenty-first century as the PRC perceived itself as being under growing threat from the United States. Particularly since the terrorist attacks of 11 September 2001, Beijing has viewed Washington’s behavior around its periphery as aimed at containing or encircling the PRC. From the Chinese perspective, the United States has become increasingly assertive in the near seas, especially in the South China Sea.”

So where is this all going?:

“We suggest that an evolving overarching strategic logic has propelled the PRC’s carrier program inexorably forward. This analysis of the historical record suggests that while nationalism was certainly an important contextual factor and lobbying by PLAN leaders was significant in keeping the idea of a carrier program alive, ultimately the decisive driver was strategic logic and operational importance. Indeed, the program’s lengthy gestation and its repeated failure early on to gain traction are attributable to the absence of a strategic imperative until quite recently. The emergence of this strategic imperative and the operational demands for a carrier in the twenty-first century correspond to the emergence of PLA and PLAN thinking and planning beyond a Taiwan scenario.”

Understanding why China wants carriers—at a time when Beijing seems to be the guiltiest of all nations to undo their power and sway—is very important. This article does a great job of not only breaking down the drivers of China’s quest for a fleet of carriers but lays out the history of that progression and what it could mean for Asia and America. Do yourself a favor this holiday week: put down the eggnog and read it. It's worth your time.