Why Gross Domestic Product (or GDP) is Grossly Inaccurate 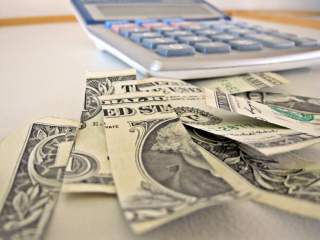 Gross Domestic Product (GDP) is meant to be the singular summarizing statistic of economic growth and prosperity for a nation. It is in fact an inaccurate, untimely, and vague indication of economic activity. “The economy grew at…” should never quote GDP, because GDP does not capture the entirety of economic output.

As pointed out in a Wall Street Journal article last year, economic data is highly unreliable when it is initially released. By the time the data has been revised to the point of usefulness, it is no longer useful. The first quarter of this year is a prime example: the advance print was +0.1%, second estimate was -1.0%, and the final (for now) estimate was -2.9%. Revisions take months and sometimes years, and basing decisions on a first estimate could prove disastrous.

The Economist recently showed that portions of the economy, such as illegal activity, are not counted in GDP. Some countries in Europe are expanding what is counted in GDP to include drugs and other illegal activities, which will boost their economies by anywhere from 0 to 5%. The oft cited debt-to-GDP ratio will narrow instantaneously without any change in the financial condition of the government. Of course, adding lines to GDP statistics increases the level of GDP, but it does not alter the underlying economy. More stuff gets counted, but nothing has changed in the everyday life of the economy.

What the Europeans are attempting to measure is the informal—or underground—economy. The informal economy is the economic activity not typically measured due to under or unreported income, tax dodging, legality, or otherwise. And it is not trivial. Eurostat estimates US GDP would increase by 3% if the European changes were instituted in the US.

What is the underground economy as a whole hiding? One paper estimates 18-19 percent of income is unreported to the IRS. At the end of 2013, personal income in the U.S. was $14.1 trillion. This means that somewhere in the neighborhood of $2.5 trillion is earned off the books. Apply a tax rate of 15% to that figure, and, suddenly, $375 billion appears in tax coffers. With the US deficit expected to be $583 billion, it becomes apparent why there is a need to understand the informal economy.

Possibly even more surprising than its size is the fact that the underground economy is not all drug dealers and hedonistic economic participants. California estimates only 15% of the underground is made up of illegal activity. Most of the informal economy is construction and other forms of easily concealed labor; i.e., workers doing legal things “under the table”.

The US has a lot of cash outstanding, and this encourages an underground economy. It is difficult to have a vibrant underground economy without cash or another untraceable means of exchange. As electronic forms of payment became increasingly popular, it was thought the US would be able to more easily convert informal labor to formal labor. Crypto-currencies, such as Bitcoin, may be a method of building a 21st century informal economy.

And this raises the question of whether the electronic economy can force labor to move to the formal economy. It appears not. The new “micro job” culture is being spurred by innovations in retail and nearly ubiquitous access to the internet. Some of these effects may be showing through the part-time employment figures that have been persistently high during this recovery. Understanding how to convert informal labor market participants into formal ones is critical, simply because of the massive amount of tax revenue that is at stake.

GDP does a decent job of measuring the size of the formal economy—it just takes some time and a few tries to get there. As such, it is very useful for understanding, in hindsight, what broad components of the economy drive growth or contraction. But, like most economic statistics, GDP means little without the proper context and analysis. It struggles to articulate the finer points of the economic story.

Since GDP is left exclusively to the formal sector, economists, policy makers, and business leaders are not getting the entirety of the economic picture—regardless of the eventual accuracy of the GDP report. Without having some understanding of the informal economy, decision makers are dealing with only a partial picture of GDP, employment, productivity, and wage growth. Measurement of the informal sector may have started with GDP in Europe, but it should continue to other economic measures (in some cases it already has).

Granted, if the US were to estimate the informal economy GDP, employment, and other statistics would likely suffer from larger revisions and decreased accuracy. But we would have a more thorough measure of the output, a more accurate picture of employment, and more insight into how an economy functions. At the moment, the US is only measuring part of the economy, and not even doing that very well.