Why India's Air Force Is Dying 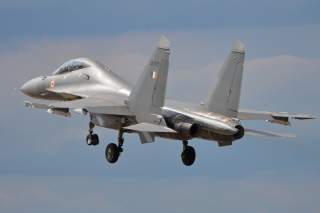 To observers of India's defense environment, the country's procurement process is a deeply bureaucratized labyrinth of incompetence and ineffectiveness.

A 27-point internal memo prepared in 2017 by Minister of State for Defence Subhash Bhamre presented a sweeping denunciation of the tangled web of failures in Defence Ministry weapons-buying procedures and outputs. Most striking to note from media reports emerging back in February regarding the memo is that of 144 potential defense deals presented within the last three financial years (2015-2017), only 8-10 percent came to fruition within the stipulated time period.

In other words, the winding and tangled process that begins with the drafting of a Request for Proposals (RFP) to industry and concludes with final clearance by the Finance Ministry too often leads to lengthy delays that extend well beyond the deadlines put forth.

The memo noted that the 90-92 percent of deals that were not completed within the required timeline suffered delays of as much as 2.6 to 15.4 times beyond their deadline – that is, if a deal was closed at all.  Often they are not, and the entire process must be rebooted depending upon whether the Defence Ministry and military service branches seek to revisit them in similar form.

The underlying current is that as costs for advanced defense technologies continue to escalate and the distance between funding appropriations and deal execution grows, the Indian armed forces are in danger of being denied crucial hardware enabling them to tackle a host of strategic and unconventional threats.

As Indian officials continue to revise, cancel and reboot tenders – tenders are often drawn up with unrealistic industrial demands, while service branches seek to outdo each other for their slice of the procurement pie – the downstream effect is hollowed-out capacity and eroding capability.

In other words, by failing to follow through quickly and efficiently on many of these crucial acquisitions, India is ceding ground to its strategic rivals and steadily (and unintentionally) disarming its military.

This is particularly true as it pertains to the Indian Air Force (IAF) and its long-term airpower goal of fielding 45 squadrons together comprising 810 combat aircraft by 2032. These figures are deemed crucial to counter a potential "collusive threat" from neighboring Pakistan and China. But for now, the IAF is only capable of fielding (on paper) 31 squadrons, far short of the sanctioned end strength of 42 such squadrons required by 2022 by the Cabinet Committee on Security.

Worse, this figure is set to fall in the coming four to five years to 23 squadrons as the IAF retires the last of its aging Russian-legacy MiG-21 and MiG-27 aircraft, resulting in the loss of nearly 200 fighters from its inventory.

It should also be pointed out that the 45-squadron strategic goal excludes an Indian Navy requirement for 57 multirole carrier-borne fighters, the tender for which is expected to be issued later in 2018.

While acquiring new combat aircraft has proven particularly difficult for India, servicing existing stocks has also proven problematic, as evidenced by the Navy's 45 Russian-sourced MiG-29K/KUB fighters whose operability rates are well below 50 percent – often falling as low as 16 percent in availability.

Thus two parallel tracks – the procurement of new aircraft to replace older-generation models and the servicing of the current fighter inventory – are trending in the opposite direction from what is required.

With eight current combat fighter types (in multiple variants) for the Air Force alone to crew, service and maintain, the latest initiative to add a ninth fighter type to build out capacity represents another looming white elephant project for which India is notorious.

This project – calling for 114 license-built fighters – is now being revamped once again by the Defence Ministry following years of failures to finally consummate what was once termed the defense "Deal of the Century" when a tender was first floated back in 2007.

That tender, falling under the Medium Multi-Role Combat Aircraft (MMRCA) requirement, ultimately fell by the wayside in April 2015 due to the gulf in agreement between the competition winner, France's Dassault (pitching its Rafale), and the Indian government over the transfer of technology requirements to India's state-owned Hindustan Aeronautics Ltd (HAL).

To make up for an emerging fighter capability and capacity shortfall, Prime Minister Narendra Modi opted for an intergovernmental agreement (IGA) with France in 2016 for the purchase of 36 Rafales in flyaway condition. Even that seemingly innocuous deal, however, has elicited controversy, as the price tag ($9.1 billion) has brought accusations from the majority opposition Congress Party about secrecy and exorbitant costs.

But it is not just the politicians fighting – inter-service turf wars are also hindering progress. According to media reports, the IAF is waging an internal battle against the Indian Navy's aforementioned 57-aircraft requirement for carrier-borne fighters. This pushback stems from concern that the winner of the Navy's bid might hinder IAF options going forward as the Ministry of Defence is increasingly forced to reckon with the need for greater type commonality as a hedge against logistical and support strains – meaning that, if the Navy were to select the Rafale or Boeing F/A-18 as its preferred carrier fighter, the IAF would be pressured into following suit for its own requirement.

For now, the IAF has been tasked with finalizing a Request for Information for release to foreign manufacturers of both single- and double-engine multirole fighter platforms.

This follows an earlier plan by the IAF for a single-engine fighter to be license-produced in India under a joint venture between the foreign original equipment manufacturer (OEM) and a private Indian company under the government's "Make in India" industrial initiative. The single-engine element defining that project was based on then-Defence Minister Manohar Parrikar's advice to the IAF that such a fighter type would prove more practical in light of India's defense funding pressures.

By opting to restrict its project to single-engine platforms, the competition was narrowed to just two bidders: Lockheed Martin with its F-16 Block 70 iteration versus Sweden's Saab Gripen E.

By abandoning the single-engine Make in India purchase in favor of a broader competition, the Modi government hopes to avoid political pushback once a final fighter decision has been reached. Thus a political calculus ensures that the project will be delayed by another two years at least while a new complex tender – based on platform specifications, operational requirements, desired transfer of technology, and other specifics – is drawn up and floated to foreign OEMs, and a decision-making process is undertaken.

Setting aside India's onerous and often unrealistic Make in India industrial workshare and technological know-how requirements (which were a primary factor in the failure to reach a final agreement on the original MMRCA contract), by once again revamping the requirements, the government is asking the IAF to revisit a proposal it first drew up back in 2001.

After 18 years of waiting for a new fighter to arrive in bulk, the IAF will now have to wait at least another two just to downselect a preferred fighter, with no guarantee that after winding through the 11-step formal procedural process a contract will ever come to fruition.  Instead, it will be leaning on two squadrons of expensive Rafale fighters that will aid in capability upgrade but fall far short of the quantity required.

Daniel Darling is an international military markets analyst at Forecast International Inc., an aerospace and defense market research company located in Newtown, Connecticut. A graduate of Kansas State University, Dan covers the Europe and Asia-Pacific Rim military markets for Forecast, and formerly was responsible for the Middle East as well. He has been quoted or his work cited in: Arabian Business, Defense News, The Financial Times, Flight International, The National, The New York Times, Bloomberg, National Defense Magazine and Small Wars Journal, among others.