Why An Invasion of North Korea Is the U.S. Military's Ultimate Nightmare 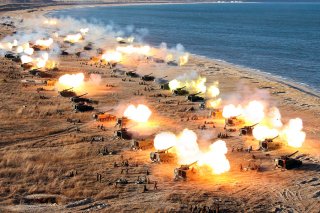 This weekend, the Pentagon told Congressional lawmakers that the only way to locate and secure North Korea’s nuclear weapons “with complete certainty” is through a ground invasion. That’s a blow to those that thought the issue could be dealt with via special forces or a surgical strike. An invasion of the country would be a major strategic commitment by the United States, South Korea and its allies. But what would an invasion of the country actually look like?