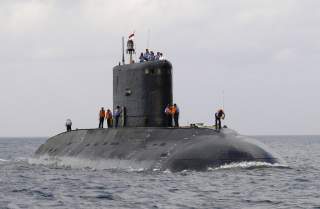 James Mugg’s recent piece made a convincing case that the anti-submarine warfare (ASW) capability of surface combatants is more about the aircraft they embark than about systems on the ships themselves. In this post I look at how those aircraft might go about their business.

A useful reference is a 2016 NATO publication, Alliance airborne anti-submarine warfare. It isn’t the lightest read going around, and it even includes a warning notice.

But it contains some useful analysis, provided you avoid head injuries while reading it. I read it so you don’t have to.

The take-home message is clear: the days of passively listening for noisy submarines are over. The report makes the following crucial observation: ‘As the ocean grows louder and warmer while submarines become quieter, Cold War methods of submarine detection have begun to falter in today’s ocean environment.’

The ocean environment is indeed getting steadily noisier. One of the interesting (and happy) reasons is the resurgence of whales, which fill the ocean with a cacophonous long-range noise as well as being false passive and active targets. Cargo shipping and deep-sea oil exploration also contribute, resulting in a doubling of background noise every decade or so over the past 50 years.

In the language of acoustics, that’s a 15 dB (decibel) increase. Submarines have quieted by a similar amount over that time. The report notes that a modern NATO nuclear submarine is 10 dB quieter than a Russian Kilo-class conventional boat, the design of which dates to the early 1980s. So, conservatively, the total change in the difference between submarine noise and the background signal has been 30 dB, or a factor of 1,000. Hence, ‘modern submarines, both nuclear and diesel, provide passive detection ranges better characterised as hundreds of yards rather than multiple miles’.

The NATO report somewhat simplifies Cold War ASW. In fact, there were two distinct types of ASW being routinely practised. Passive detection was the preferred technique for covertly tracking or trailing ballistic missile submarines, because it was important not to alert them that their location was known. The story is (partly) told in Blind man’s bluff. Always knowing where the enemy’s second-strike capability was mattered a lot.

ASW against attack submarines was a different story. Surface forces relied on brute force and ‘hunter-killer groups’ centred around aircraft carriers. A typical US Navy group had a carrier with dozens of ASW-capable aircraft, six surface vessels and two submarines. The NATO report says that, given a rough indication of a submarine’s position, back then a flock of helicopters or maritime patrol aircraft could sow dozens of passive buoys over hundreds of square miles and, theoretically, have a good chance of making contact on the first mission. (Though greybeards tell me it wasn’t that easy.)

Several decades and –30 dB later, the area that can be covered by those buoys with the same probability of detection has shrunk considerably. And for the ADF, the disappearance of the carriers in the 1980s means that there simply aren’t enough in-area aircraft to carry the buoys required for sufficient passive coverage. With reduced detection ranges, the same few dozen buoys would now cover less than 50 square miles. Carrying more buoys isn’t practicable, especially if we also want the helicopter to be able to engage a hostile submarine if it detects it. Even the ‘lightweight’ ASW torpedo carried by the RAN’s Seahawk ASW helicopters weighs 267 kilograms, which means that weapons come at a significant opportunity cost to the sensor payload.

The net result is that passive detection can’t be the sole tool of choice for modern ASW practitioners; there’s likely to be a much greater focus on active search systems. (In highly technical terms, they go ‘ping’, and a hydrophone listens for a return echo from the submarine and anything else that’s around.)

ASW practitioners have long regarded active systems with suspicion because they reveal the position of the emitter to the submarine. For ship-mounted systems that’s a rational concern: a submarine can detect the ping from a surface vessel long before the ship can hear the much weaker return signal. The dynamic is different for helicopters. It’s true that a submarine will generally hear a nearby ASW helicopter, but the aircraft’s speed means that it can stop and dip close enough for a probable detection relatively quickly.

Aircraft can make things even harder for a submarine by employing multi-static tactics. One technique is to sow a field of passive sonobuoys (which the submarine can’t detect unless it hears the splashes as the buoys are dropped) and then use an active dipper to create a source. Any echoes can be picked up not just by the dipping system, but by any of the buoys, which allows the sub’s position to be triangulated. If there are multiple helicopters around, any of which could be carrying weapons or additional sensors, life just got tough for the submarine. Done well, aggressive multi-static active sonar can intimidate submarine crews. NATO puts it this way:

[T]he submarine, should it determine that a multi-static source is being employed, cannot know which direction to turn to avoid the pattern. Multi-statics are still an emerging technology, but, based on analysis of classified briefs made available for this study, may address many of the challenges presented by quiet submarines operating in acoustically challenging operational environments.

In this loud new world full of quiet submarines, the RAN’s future ASW capability should be based on multiple helicopters operating multi-static active and passive systems, with the ability to work with RAAF patrol aircraft. In effect, the ‘emerging technology’ is a return to what the Cold War US Navy and the ADF did almost two generations ago, except that this time they’ll be better networked and have much more processing power, and will be able to better intimidate and hunt down threat submarines for further treatment.

Acknowledgement: I’d like to thank living national ASW treasure Daffy Donald for advice on this piece. You can still blame me for some of it.

This was first published by ASPI’s The Strategist here.