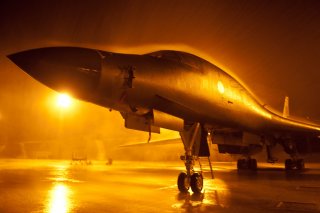 North Korea is developing nuclear weapons and long-range ballistic missiles to ensure the survival of the Kim regime. That sounds obvious, but it is a fact that the United States government does not often acknowledge. However, testifying before the Senate Armed Services Committee on October 3, the United States’ top uniformed officer told the Congress exactly that.

“Kim Jong-un is on the path that he is on right now because he believes that’s necessary to enhance the survival of his regime,” U.S. Marine Corps Gen. Joe Dunford, Chairman of the Joint Chiefs of Staff, told the Senate during his testimony. “He views the possession of ballistic missiles and nuclear capability as inextricably linked to regime survival.”

The Trump Administration hopes to persuade the Kim regime that it will not be allowed to survive if it does possess nuclear weapons and an intercontinental ballistic missile capability. The United States is willing to take military action to prevent Pyongyang from possessing those capabilities.

“What I think Kim Jong-un needs to realize is he cannot survive with ballistic missiles and nuclear weapons because the international community will not allow him to survive,” Dunford said.

The United States believes that it might be able to pressure North Korea on its nuclear weapons by interdicting its energy supplies. “If there was one area that has been identified by many people as being the one that would most profoundly change his behavior, it would be the loss of oil,” Dunford said. “We’ve seen in the past that when the oil has been cut off, there has been a change in Kim Jong-un’s behavior.”

Dunford’s logic is that the North Korean regime needs its economic base to survive; therefore it is vulnerable to external pressure. “The fact is he needs economic resources external to the country to survive,” Dunford said. “When he starts to have the risk calculation of the path he is on and actually the regime surviving because of economic resources necessary for it to survive, that’s the best potential.”

Cutting off those economic resources will require diplomacy—and cooperation from the People’s Republic of China. Beijing, however, does not have much incentive to cooperate nor does it want a collapsed North Korean state on its border. Moreover, North Korea has to have some incentive to negotiate. But, despite the problems, diplomacy is a better path forward than a military confrontation.

Defense Secretary Jim Mattis, who was testifying alongside Dunford, said that the United States is trying to work with China while trying to establish a direct line of communication with North Korea. The White House’s guidance to both the Defense Department and the Department of State were to work in tandem to put diplomatic and economic pressure on North Korea—despite President Donald Trump’s recent tweets urging Secretary of State Rex Tillerson to stop “wasting his time” trying to engage Pyongyang.

In the meantime, the United States is trying to work with China on dealing with the North Korean issue. “I think the president dispatching Secretary Tillerson to Beijing here within the past several days to carry messages and to look at the way we can work with them,” Mattis said. “That in fact this is part of a whole of government, integrated effort that we have underway right now.”

The diplomatic option is the best option to resolve the North Korean issue in the Pentagon’s view. “Which is why I think we should support Secretary [of State Rex] Tillerson’s current path of diplomatic and economic pressure to convince him that being part of the international community,” Dunford said. “A key component of Secretary Tillerson’s plan has been the prospect of North Korea entering back into the community of nations and addressing their economic challenges when he views the chances of doing that are more important than the path that he is on is a potential for change.”

If diplomacy should fail, the United States is prepared to go to war against North Korea. “We’re prepared with a military option should that fail,” Dunford said. “But I think we’re all at this point doing what we can to make sure the economic and diplomatic pressure campaign gets a full opportunity to succeed.”

A war with North Korea could be cataclysmic event if it came to that.