Why OPEC Production Cuts Are Good News for America 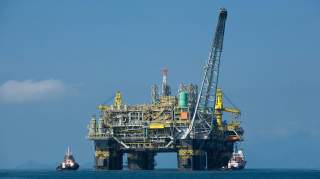 The oil cartel’s December 10 announcement that it had struck a landmark deal with Russia and other major non-OPEC oil producers to curb production sent prices soaring. Brent crude gained more than 4 percent to $56 a barrel and U.S. West Texas Intermediate climbed to nearly $54 after the first global production cut in fifteen years between countries accounting for roughly 60 percent of global output.

The deal, which pledged to curb production by 558 thousand barrels a day, followed an agreement made two weeks earlier between OPEC members to slash 1.2 million barrels a day starting in January 2017.

Those involved hope the cuts will see the two-year long slump in crude prices finally come to an end, and with Brent crude reaching an 18-month high following the announcement, the agreement already appears to be working. Prices have doubled from their January 2016 floor, when resource markets were in a global funk.

Adding to the momentum was a comment from Saudi Arabia’s oil minister Khalid al-Falih: “I can tell you with absolute certainty that effective 1 January, we’re going to cut and cut substantially to be below the level that we have committed to on 30 November.”

Despite the prospect of higher production elsewhere, including from U.S. shale producers and other nations not party to the deal such as Brazil, Canada and China, analysts believe the days of cheap oil may be over.

“Make no mistake about it – this historic agreement is a game changer. Although the crude oil rally has already started at the end of last month when OPEC first announced the deal, I think there is plenty of fuel left in this rally,” Forex.com market analyst Fawad Razaqzada said.

ANZ Research’s senior commodity strategist, Daniel Hynes, said that should producers adhere to their pledges, the oil market would move into a substantial deficit in the first quarter of 2017, exceeding 1.5 million barrels per day (bpd), which could see prices top $60 per barrel.

The downside for American and other oil producers: OPEC does not have a great record of keeping its promises.

According to Goldman Sachs, OPEC members have only met 60 percent of their production cut commitments over the seventeen agreements made since 1982, although when only examining recent deals, that figure reaches 80 percent.

To address its poor compliance record, OPEC has established a compliance committee to closely examine the implementation and compliance of producer states with the agreement. Venezuela, Kuwait, Algeria and non-OPEC states Russia and Oman will staff the committee. However it remains to be seen how much influence it will wield with rogue producers, particularly non-members.

For example, Russia has pledged the largest non-OPEC production cuts, but it has a history of reneging on agreements with OPEC, backing out, for example, on agreed cuts in both 2001 and 2008. Mexico, Oman, Azerbaijan, Kazakhstan, Malaysia and five other minor producers will also be carefully scrutinized for their compliance.

Even within OPEC, producers have shown a lack of commitment to group pledges. The last time OPEC agreed on a collective production quota, members exceeded it for twenty out of 24 months before finally giving up on it in 2015. OPEC members Nigeria and Libya are both already exempt from the cuts, with each states’ production recently affected by terrorism and civil war, respectively.

As they continue to recover lost output, the quota—and the patience and tolerance of their OPEC peers—may be tested.

Even if OPEC and non-OPEC states alike perform the unlikely act of complying with their agreements, any lasting positive impact the cuts will have upon the oil price could be undone by external producers.

U.S. shale producers have the most to gain from the deal’s implementation. Indeed, OPEC’s decision to announce production cuts can be interpreted as an admittance of failure to price U.S. shale out of the market, with American producers having proven adept at slashing costs to remain competitive.

Already, the U.S. Energy Information Administration (EIA) has announced that shale production will end a five-month decline in January, marking just the second monthly rise in the last twelve months. The latest EIA data showed that the number of rigs operating in the nation’s seven major oil-rich shale basins has exceeded four hundred for the first time since January 2016, with only four hundred seen needed to maintain production at current levels.

While OPEC will worry about losing market share to the United States, it may be less concerned by China, the world’s fifth largest oil producer, which has cut production by three hundred thousand barrels a day this year of its own accord. These cuts are expected to continue into 2017 with another two hundred thousand barrels a day forecast to be curbed. The market undoubtedly hopes that these natural declines will further boost crude prices.

Where Does Crude Go from Here?

How this landmark deal will affect oil prices over 2017 depends on a number of factors.

Analysts believe full OPEC and non-OPEC compliance with the production cuts could see the oil price reach $65 by the next OPEC meeting in May, while some believe that added U.S. shale supply could see it stabilize around $56 as a base case.

ANZ Research’s Hynes predicts there could be another 150 rigs operating in U.S. shale oil basins in 2017 due to rising prices, but even this may not be enough to curb price increases:

We calculate that at current rig operating rates, U.S. shale producers may increase output by 350kb/d [kilobarrels of oil per day] in [the first half] of 2017, arresting the slowdown in U.S. output seen over the past two years. However, by the time this happens, OPEC’s production cuts will have already brought commercial inventories back down to levels that are sustainable over the longer term. As such, we believe prices can be maintained in the $55 to $70 per barrel range for the foreseeable future.

Globally, Bloomberg reports inventories may dwindle by 760 thousand barrels a day in the first half of 2017, meaning that by the expiry of the six-month deal, as much as 46 percent of the estimated three-hundred-million barrel surplus may have been cleared.

Like with other commodities, efforts by established producers to squeeze out new oil suppliers appear to have failed. OPEC has just delivered a major windfall to the American industry, and with the new administration’s pro-energy policies, the American energy revolution is set for another boost in 2017.