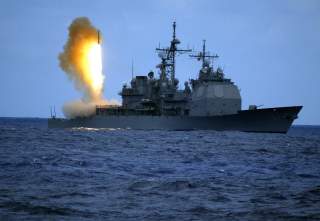 In recent weeks, Russia has conducted a number of intercontinental ballistic missile (ICBM) tests with experimental payloads that are designed to penetrate advanced missile defenses. The idea is to ensure that Russian nuclear weapons can reach their targets even in the event that their targets are protected by a missile shield—even if such a defense system does not currently exist.

The Soviet Union and later Russia has been leery of missile defense systems even before President Ronald Reagan announced his Strategic Defense Initiative (SDI) in 1983. Both American and Soviet nuclear weapons experts have considered missile defense systems to be highly destabilizing since the 1960s when such systems were first envisioned. Most nuclear weapons experts in both the United States and Russia still hold to this view even though President George W. Bush withdrew from the Anti-Ballistic Missile Treaty in December 2001.

Under the theory of nuclear deterrence, a national anti-ballistic missile defense system such as the one envisioned by Reagan—coupled with a massive counterforce nuclear strike—could neutralize an adversary’s retaliatory second strike capability.

“The development of an ABM system could allow one side to launch a first strike and then prevent the other from retaliating by shooting down incoming missiles,” reads a U.S. State Department history of the Strategic Arms Limitation Talks Treaty I/II.

Indeed, such a missile shield could potentially invite an adversary to launch a preemptive strike or risking being disarmed. Then Defense Secretary Robert McNamara was one of the first to articulate the basic problem with anti-ballistic missile (ABM) defenses—it threatened the secure second strike capability needed to have stable mutual nuclear deterrence. McNamara’s ideas eventually led to what became the now-defunct Anti-Ballistic Missile Treaty of 1972, which was ultimately signed under the subsequent Nixon Administration.

“The only way we were able to obtain the Anti-ballistic Missile Treaty was to prove to the Soviets that we couldn't limit offensive nuclear forces, the Strategic Arms Limitation Treaty, unless we had a companion limit on defensive forces,” McNamara told the George Washington University National Security Archives before he passed away.

“Just think now, if you're trying to ensure you have a second-strike capability and you decide you need, let's say, a thousand Minutemen for that and then they put in a defense. If you had a second-strike capability before they put in the defense, after they put in the defense you've got to increase your offence, otherwise you've lost your deterrent. So, we finally proved that to the Soviets and that understanding ultimately led to these two treaties - the Anti-ballistic Missile Treaty and the Strategic Arms Limitation Treaty. The Offensive Force Limitation Treaty could not stand without the Defensive Force Limitation Treaty.”

McNamara’s logic was so convincing that the Russians follow his thinking on nuclear deterrence to this day—which is why Moscow is so disturbed by American efforts to build a national missile defense system.

“Hence, you need an assured response capability. Maneuvering warheads are supposed to penetrate MD; further, they can be launched remotely (from a special ICBM launched across Russian territory to transmit a signal – that ICBM does not have weapons, only radio equipment) directly to each silo. Hence, if you equip a certain number of ICBMs with such a warhead, you can inflict unacceptable damage even in case of a successful strike against communications system.”

“This is a very traditional logic – it informed Soviet behavior since late the 60s, when they accepted McNamara’s theory and has not changed since,” Sokov said.

“Obviously, all the modeling of nuclear war is only very remotely connected to the actual prospect of using nuclear weapons. Rather, theoretical vulnerability to first strike (the other side has reasonable chances to “win”) makes you politically vulnerable. So, the entire exercise is ultimately about sovereignty, independence, freedom to act, etc.”

“Work has been progressing for quite some time now with the first test of the maneuvering warhead conducted in 2004,” Sokov said

“Very briefly and to the best of my knowledge: the program was launched in mid-1980s as part of response to Star Wars, reached prototype stage by 1990-91, then shelved, then resurrected in 1997 or 1998—I had a chat about it in Russia in 1998—first live test apparently in 2004, the Soviet prototype was redesigned very considerably, it seems.”

The only other option for the Russians to defeat a full-up missile shield would be to increase the number of offensive weapons—which would overwhelm any defenses. Indeed, Reagan was well aware of Soviet sensitivities in this regard when he first began negotiations with then Soviet leader Mikhail Gorbachev. According to former U.S. Ambassador to the Soviet Union Jack Matlock, the two sides came very close to a deal to eliminate nuclear weapons altogether at the Reykjavík Summit in 1986—the only sticking point being the SDI or Star Wars program.

“One thing should have been clear from the beginning of the SDI debate: there was no possibility that any country could devise an impenetrable missile-defense shield so reliable that it could be counted on to repel a massive retaliatory attack,” Matlock wrote in his book Reagan and Gorbachev: How the Cold War Ended.

“The best that any conceivable strategic defense could do was to intercept a small number of missiles, perhaps launched by accident or by rogue governments, or to eliminate a sufficient proportion of a large salvo to make it impossible for an enemy to plan a disabling first strike with confidence. In other words, a successful system might degrade an adversary’s offense even if it was less than 100 percent effective.”

Had that been clear to all concerned in Reykjavik in 1986, the world might have turned out to be a quite a different place than the we live in.