Why Syria Should Fear Israel's Own F-35I 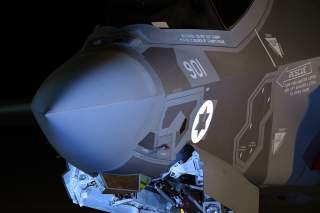