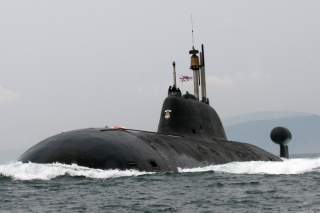 The relative stabilization of India–Pakistan relations following the US intervention in Afghanistan was an exception rather than the norm. Recent developments in the region indicate a return to old patterns of rivalry.

When the United States drew down troops from Afghanistan in December 2014, there was much debate about the implications of this development for the South Asian security landscape, especially the India–Pakistan rivalry. For its part, the US used its diplomatic clout and other means to make sure that regional animosity between the two South Asian arch-foes did not undermine its mission in Afghanistan. The period following the US intervention in Afghanistan witnessed the relative stabilization of political disputes, territorial conflicts, and border hostilities between India and Pakistan.

One school of thought argues that the US presence fundamentally altered the geopolitical realities of the region. During this period, the US role as a mediator between India and Pakistan made conventional war between the two neighbors costly and unlikely. Examples include the introduction of several confidence building measures, the 2003 border cease fire agreement, Pakistani assurances to clampdown on anti-India militant groups and stop cross-border infiltration in Indian Kashmir, and the expansion and improvement of nuclear programmes between the two countries.

According to this school, this was the beginning of a new era of peace-making and conflict resolution in South Asia. This opinion largely comes from the pacifist South Asian lobby comprising former diplomats, scholars, journalists and peace activists who remain actively engaged in several Track II initiatives between India and Pakistan. They believe that an increasing level of people-to-people contact, interaction between the two countries’ civil societies and youth on social media are creating a new constituency for peace capable of altering the adversarial history of the subcontinent.

The other school of thought comprises realists who uphold that the post-9/11 India–Pakistan normalization under the US umbrella was an exception rather than a rule. They emphatically maintain that the US presence as a mediator can only temporarily suppress hostilities between the two rivals — the host of initiatives introduced during this period has a shelf life that will expire with the US exit from Afghanistan. For this school, normalization is a makeshift arrangement that does not alter the structural realities of the region such as the Kashmir conflict, Siachen or Sir Creek issues.

This second point of view has received further credence in the face of divergent strategic postures from Washington and Islamabad, with the US accusing Pakistan of being selective in its counter-terrorism campaign. Moreover, the transactional relationship between Pakistan and the US was confined to specific issues as opposed to the wide-ranging India–US strategic relations. In contrast, India–US ties extended from strengthening economic partnerships to building India as a counter-weight to China, as well as cooperation in the civilian nuclear field. It is becoming increasingly obvious that the US’ long-term regional and global interests were realigned with India, not Pakistan.

Regional developments in the recent past indicate that the old patterns of adversarial relations between Indian and Pakistan are returning to South Asia with added complexities and expanded turf for proxy wars. Indian efforts to portray Pakistan as engaging in ‘state-sponsored-terrorism’ and Pakistan’s bid to internationalize the Kashmir issue are reminiscent of the 1990s when the two rivals were engaged in tit-for-tat tussles at every regional and international forum.

A new and significant dimension of this old pattern is India’s growing closeness to the US and Pakistan’s estrangement from the latter. Meanwhile, India has also incorporated the Baloch separatist leaders and Afghanistan in its orbit to increase pressure on Pakistan. What is certain is that New Delhi’s bid to hide its state oppression of the Kashmiri under accusations of cross-border terrorism will not change the ground reality. In the last two months, the killings of Muzaffar Wani and 84 other Kashmiris by Indian forces to suppress anti-India protests have only provoked the Kashmir movement.

Similarly, Pakistan’s reluctance to meaningfully act against terrorist networks indiscriminately will not help in its efforts to force India to open negotiations on the subject of Kashmir. Pakistan’s slow and lacklustre pursuit of the 2008 Mumbai attacks has only strengthened the international impression that the country is dragging its feet to protect its so-called jihadi assets.

Warmongering on both sides will further aggravate the already precarious situation in the region. Notwithstanding its superior conventional might, India does not possess the skills, knowledge and technical resources to conduct precision airstrikes or ground hot-pursuit inside Pakistani territory. Even if it does, it is highly unlikely that Pakistan will be deterred from pursuing its goals in Kashmir. At the same time, Pakistan’s warnings that it will use tactical nuclear weapons if India activates the ‘Cold Start’ doctrine carries the inherent risk of nuclear retaliation from India.

One step up the proverbial escalatory ladder from either side could lead to unforeseen and unintended consequences beyond the control of both adversaries. Saner elements on both sides should try to de-escalate the current atmosphere of war hysteria and earnest efforts must be made to restart the stalled peace process.

Abdul Basit is an Associate Research Fellow at the International Centre for Political Violence and Terrorism Research (ICPVTR) of the S. Rajaratnam School of International Studies (RSIS), Singapore.