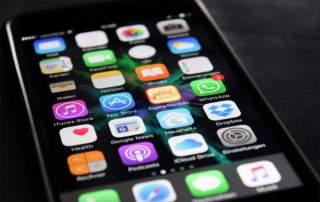 National security officials reportedly are considering federal funding and construction of a faster, higher capacity nationwide wireless network to counter a similar effort by the Chinese government. But expanding government interference in telecommunications would not advance national security or technological innovation.

According to Axios.com, a memo and PowerPoint presentation crafted by an unnamed senior official of the National Security Council urges the Trump administration to take “extraordinary efforts to counter the growing economic and political threat from China’s aggressive efforts to develop 5G.”

The term “5G” refers to fifth-generation wireless broadband technology. The service would expand wireless network capacity and increase transmission speeds—both of which could facilitate emerging technologies such as autonomous vehicles and the growing demand for video services.

The National Security Council memo reportedly asserts that “China has achieved a dominant position in the manufacture and operation of network infrastructure,” and “China is the dominant malicious actor in the Information Domain.”

Therefore, the memo states, the United States must build a nationwide 5G network within three years to counteract economic and cybersecurity threats from China. The best way to do this, the memo reportedly argues, is for the government to build a network. It would then rent access to carriers like AT&T, Verizon, and T-Mobile.

There is no national security risk from a 5G network in China. The real threat to the U.S. is the federal government’s failure to secure American telecommunications networks.

Those in the administration considering such a policy ought to abide the lessons of history.

That is, government intervention in telecommunications has been a major factor for America trailing Asian and European nations in deployment of the most advanced wireless and broadband technologies. Political and regulatory processes always trail the pace of technological change.

A government network, protected from competition, would also be immune from the financial pressures that drive private firms to innovate and maximize efficiency.

Moreover, a government-designed system directs resources into favored technologies, which impedes both competition and innovation.

The federal government shouldn’t be set loose to seize private property to site a new network under the guise of national security. The loss of property rights could, arguably, pose a greater long-term threat to liberty than China’s 5G network.

News of the National Security Council proposal met with swift opposition from Ajit Pai, chairman of the Federal Communications Commission, who (wisely) stated:

I oppose any proposal for the federal government to build and operate a nationwide 5G network. The main lesson to draw from the wireless sector’s development over the past three decades—including American leadership in 4G—is that the market, not government, is best positioned to drive innovation and investment.

“Any federal effort to construct a nationalized 5G network would be a costly and counterproductive distraction from the policies we need to help the United States win the 5G future,” Pai added.

According to PCMag.com, Verizon plans to launch a 5G network in Sacramento, California, later this year.

In response to news reports of the council memo, a statement issued by AT&T Inc. noted, “Thanks to multi-billion dollar investments made by American companies, the work to launch 5G service in the United States is already well down the road … We have no doubt that America will lead the 5G revolution.”

There are steps the White House and Congress can take to facilitate new broadband infrastructure.

First, the federal government should free up more spectrum for commercial use.

As researcher Brent Skorup noted, “The largest challenge in wireless telecommunications policy is transferring spectrum from inefficient legacy operators such as the federal government to bandwidth-hungry wireless broadband operators.”

In addition, the government needs to improve its information security measures on the current system before it tries to lay claim to the next generation technology.

That the United States government did not stop incorporating anti-virus software from Kaspersky (a company with ties to the Russian intelligence system) until this past year demonstrates how poorly it has secured the existing information environment.

To this end, a re-examination of the role of Chinese companies in providing the information and communications equipment used throughout the U.S. is long overdue.

Even a government-run system would have dubious security if its servers and routers were made in China.

Understanding the relationship between hardware companies such as Huawei and ZTE with the Chinese government is vital, as these companies are striving to become key suppliers to various American telecommunications companies.

Whether the National Security Council memo is under serious consideration or just a trial balloon is unknown.

In either case, President Donald Trump, in keeping with his reform agenda, should use every means at his disposal to unleash broadband innovation and investment through regulatory reform.

The White House also needs to examine the security of the existing network before expanding its interference in the market. Allowing government to seize control of the next generation wireless network would be a huge mistake.