Why the Iran Deal Matters 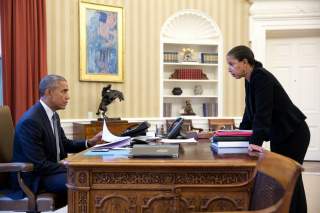 The Obama Administration has led an extraordinary multilateral effort that has resulted in a historic deal on Iran’s nuclear program. It represents a high-stakes diplomatic success for Washington, which managed to unite the world’s great powers—allies and rivals alike—to reach a consensus way forward. It promotes regional security and overcomes a grave threat to international peace.

Although it is a virtual certainty that there are enough votes in the U.S. Senate to save the deal through a presidential veto, there might not be enough to prevent it from coming to a negative vote.

A successful filibuster would not only demonstrate to the international community that there is no such grave opposition in the U.S. to the deal as some have suggested, but it would also shorten by weeks, if not months, the time in which it would take for the Iran deal to become law. This would enable the Obama Administration to more rapidly shift the bulk of its resources to focus fully on the all-important implementation phase.

It would also make it harder to unilateraly walk away in the future from what is essentially a Washington-brokered deal. Such a scenario would be hugely damaging for America’s credibility in the world and seriously undermine its capacity to negotiate with foreign governments on an untold number of other issues.

During my time as President of the UN General Assembly, the Arms Trade Treaty (ATT) was adopted after decades of diplomatic wrangling. It regulates the international conventional arms trade to help ensure that weapons don’t end up being used for human-rights abuses or terrorism. I can speak firsthand about the extraordinary complexities involved in reaching sensitive multilateral agreements. Even though the Iran deal did not involve as many states as did the ATT, the achievement is arguably even more significant given the strategic issues at stake.

A critical question to ask in the context of trying to gain enough votes in the U.S. Senate is whether the pursuit of a different policy vis-à-vis the Iran nuclear program would have led to a better outcome.

Many skeptics claim that a better deal would come if only sanctions had been maintained. This presupposes, however, that there was continuing global support for this course of action. In reality, the international willingness to keep enforcing the sanctions regime against Iran has been waning. In the absence of a deal, the U.S. could have kept up its own unilateral pressure indefinitely, but the readiness of other key players to do the same was increasingly coming into question. As a result, Iran would have obtained even greater economic benefit without having to make any major concessions on the nuclear front.

Others argue that the only way to ensure America’s security and that of its allies is to eliminate Iran’s entire nuclear program. In reality, there was no peaceful scenario in which Tehran would have agreed to total dismantling. A military intervention would hardly guarantee that outcome either—and there is little appetite among most U.S. allies, much less other great powers, to reach for the sword when a reasonable bargain is on the table.

The Iranian deal is robust, comprehensive, and based on verification that closes off every pathway that Iran would have to utilize to develop a nuclear weapon. Under its terms, Tehran has in fact agreed to the most rigorous monitoring and inspections mechanism in the history of arms control. Moreover, thanks to a creative proposal suggested by France, America and its allies are assured that if Iran is non-compliant in its obligations, sanctions can be automatically re-imposed without requiring authorization from Russia or China. If Iran violates the deal, not only would sanctions quickly snap back into place, but all existing punitive options would remain at the full disposal of this and future American presidents. Should this happen, Washington would be in a much better position to convince the world that Iran should pay a high price for duplicity.

Die-hard radicals inside Iran also oppose the deal, and they too hope it will be weakened by forcing President Obama to veto Congressional action—but for reasons very different than those outlined by some U.S. legislators. They understand that the deal paves the way for better relations with the West, which would loosen their stranglehold on the nation’s future. They believe that for the first time in a generation, the suppression of Iran’s silent majority and business community will be loosened with the support of the country’s highest religious authority and political decision-makers.

This is the key reason why the nuclear deal unmarred by the use of a presidential veto provides for a realistic opportunity to moderate Iran’s role in several Middle Eastern crisis theatres. Of course, this must not be taken for granted, so Washington should decisively reinforce the existing guarantees to Israel and its other regional allies. Last week’s successful state visit by Saudi Arabia’s King Salman is a case in point of allaying the concerns of key stakeholders. Others will surely follow.

If Iran indeed chooses to reengage with the world, much good can result; if it squanders America’s diplomatic overture, then it will have only itself to blame for the grave consequences that would follow. The U.S. Senate would be very wise not to force a presidential veto to sustain the deal. It serves the security interests of the United States and the world.

Vuk Jeremić, a former President of the UN General Assembly and Foreign Minister of Serbia, is President of the Center for International Relations and Sustainable Development—a Belgrade-based public policy think-tank.