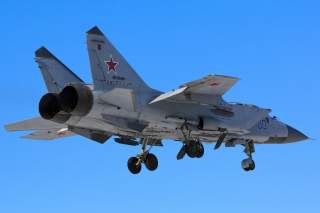 The Arctic is a region where great power competition will play out in coming years. Russia has significant strategic and economic interests in the region, and for China the Arctic may prove to have important security and economic benefits bearing on East Asia and on energy and food security. The US and its allies  also have sovereignty, security and resource interests in the Arctic. And global warming is rapidly changing the playing field in the Arctic region.

The main contenders for a piece of the Arctic Ocean are NATO and Russia. The international Arctic governance mechanism—the Arctic Council—is dominated by NATO members. While NATO members bordering the Arctic Ocean—the US, Canada, Denmark, and Norway—are also pursuing their own national claims, Russia and NATO still see each other as their greatest security threat. Russia’s military build-up in the Arctic and a call from the Atlantic Council  for NATO to be ‘prepared to defend its boundaries and interests in the region in the face of growing Russian capabilities’ reflect this tension. Blunt references in NATO’s Warsaw communique to Russia’s aggression and the undefined nature of the commitment ‘to protect and defend our territory and our populations against attack’ sits behind Arctic relations.

This northern summer’s seen an historically low minimum coverage of sea ice in the Arctic. Temperatures in early September were up to 9 degrees Celsius above average along the coast of Siberia. Global warming in the Arctic is heating the ‘ocean, soil, and air temperatures’ and ‘melting permafrost; shifting vegetation and animal abundances’ and altering the ‘characteristics of Arctic cyclones’.  The potential for access to abundant energy and food resources in the Arctic and the possibility of newer shorter shipping routes between East Asia and Europe will feed the competition for dominance in the Arctic in coming decades.

In August, the Russians presented scientific evidence to the UN Commission on the Limits of the Continental Shelf (CLCS) to support their extensive claims to in the Arctic. Russia is claiming the Lomonosov Ridge, the Mendeleev-Alfa High, the Chukotka Plateau, as well as the continuous extension of these elements from the shallow Eurasian shelf—an undersea area of 1.2 million square kilometres where it would have sovereign rights over the exploration, exploitation (including oil and gas and fish stocks), management and conservation of resources in the water, on the seabed and under the seafloor.

Russia’s been at pains to stress its commitment to UNCLOS and to adopt a pragmatic and cooperative attitude in the Arctic. However, a negative response from CLCS on its Arctic shelf claims might see Russia’s attitude harden. A Russian refusal to accept as legitimate a denial of its claims by the CLCS could seriously undermine the already weakened UNCLOS regime.

Russia has more immediate strategic problems as well. Post-Soviet Russia is effectively land-locked in its west. Russia’s numerically superior land forces are advantaged in Europe by freedom to maneuver and unity of command but its maritime situation is parlous. Russia’s lost its dominant positions in the Baltic and Black seas and its secure access to the Mediterranean and the Atlantic. In addition, the maritime approach to St Petersburg, its second city, is threatened by NATO. Russian access to the Mediterranean and the Atlantic is now susceptible to blockade by NATO.

Access to the Atlantic through the Barents Sea for the Russian Northern Fleet at Severomorsk is also vulnerable to encirclement and interdiction by NATO. As the ice retreats, secure year-round ice-free access to both the Atlantic and North Pacific from Arctic bases will also be a priority for the Russian Navy. Ominously, Russia’s shown in Crimea that it’s willing to act to protect its remaining strategic maritime assets. The Northern Fleet contains the main component of Russia’s nuclear triad and is tasked with the protection of the Russian economic zone, a vast area and long coastline that Russia sees as vulnerable. Were the CLCS to reject Russia’s seabed claims in the Arctic Ocean, threatening its economic and security interests, then Russia might—like China in the South China Sea—become less reasonable and more inclined to unilateral actions.

China isn’t an Arctic littoral state, but it has exhibited a growing interest in the Arctic, consonant with a growing strategic relationship with Russia and economic interests in Russia’s control of the more promising Northern Sea Route to Europe and of Arctic resources. If China begins sending container ships to the EU via the less costly Northern Sea Route through Russia’s Arctic EEZ over coming decade(s) combined with ramping up the economic use of extensive railway routes across Eurasia to Europe—such as the new Chengdu-Lodz line—the impact on South East Asian nations dependent on servicing maritime trade could be significant. A significant economic downturn would be unsettling in our nearer region.

Our island continent isn’t a geopolitical island. The clash of interests over the distant Arctic Ocean over coming years could add to tension between Russia and NATO and contribute to instability on our front door. Global warming in the Arctic is adding a whole new strategically significant element to the growing rapprochement between Russia and China. Although events in the Arctic are beyond Australia’s direct influence, the new DFAT White Paper needs to contemplate a strategic policy position on the Arctic to inform our diplomacy.