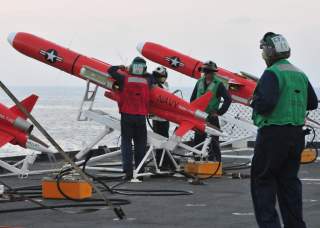 It’s old news by now, but in February 2018, the Pentagon’s under secretariat for acquisition, technology, and logistics (AT&L) will be split into two separate under secretariats, one for research and engineering (R&E, rather a chief of technological innovation) and another for acquisition and sustainment (A&S). Acting Navy Secretary Sean Stackley—who perhaps should just be given that portfolio permanently—has the task of implementing the change. As we’ve heard repeatedly, recently departed Under Secretary for AT&L Frank Kendall doesn’t like the idea. As I recently heard from an official late of the Obama Pentagon, Kendall considers the objectives of the reorganization non-problems that had already been mostly solved. But how much has been accomplished is less obvious. As Anthony Capaccio of Bloomberg wrote late last month, the “report shows savings have flattened” as Kendall’s reforms have taken effect. So is something bigger required to continue to make progress?

In February, Ben FitzGerald and Alexandra Sander wrote for the Center for a New American Security of how the reorganization was intended “to create space for technological innovation separate from the constraints of the acquisition system to arrest the decline in U.S. military-technical superiority.” They even offered notional organizational charts for the two new under secretariats. In March, Stew Magnuson of National Defense wrote of how Kendall was still speechifying, insisting that “Reorganizing Senior DoD Positions Doesn’t Solve Anything.” I frankly disagree with Frank. Who sits where in a bureaucracy really matters. The questions of who should report to whom, and who should be in charge of what, are rather fundamental in public administration. And how any specific case should be handled is not a settled question.

To understand how this matters, consider the two alternatives in question. Today, the secretary of all defense (SecDef), who has about a gazillion direct reports, has five under secretaries: the aforementioned AT&L, Policy, Intelligence, Personnel & Readiness (P&R), and the Comptroller. According to AT&L’s organizational chart, that under secretary today has 18 direct reports. Five of these are assistant secretaries: acquisition (A); nuclear, chemical, and biological defense programs (NBC); research and engineering (R&E); logistics and material readiness (L&MR); and energy, installations, and the environment (EI&E). Issues requiring adjudication amongst engineering (R&E), acquisition (A), and sustainment (L&MR) are resolved by the USD AT&L.

The 2017 NDAA’s reorganization elevates the ASD R&E to the status of USD R&E, and makes him a direct report to the SecDef. Rather than having a single under secretary for materiel (AT&L), there will be two, responsible for different stages of the material lifecycle. One will handle engineering, and the other supply chain management. To provide some validation to the idea, I should note that a whole lot of companies building complicated products separate those functions more or less that way. After February 2018, questions requiring review and integration between engineering (under the purview of the USD R&E) and supply chain management (under the USD A&S) will be resolved by the SecDef himself.

What’s the difference? As FitzGerald and Sanders argued, a separate Office of the USD R&E will have an organizational incentive to place long bets. Grievances about what he is doing will need to go straight to the SecDef, and good luck with that. Technological innovation will be a frequent matter for the big guy’s attention, without an interlocutor. One the one hand, Kendall could argue that a unified AT&L will do a better job of keeping the cost overruns from getting worse. But we didn’t do as badly as the Bush Administration is a low bar for judging progress. Alternatively, a separate R&E might better badger the boffins to out-cyber, out-automate, and out-hyper-whatever the Chinese. Conceivably, that might not work spectacularly, but is it not worth the try? For looking towards the future, what’s more important today?

Perhaps Kendall is still unimpressed. Speaking back in January, he was worried about Trump’s outsiders running the business of Defense. Perhaps he shouldn’t worry. First, the SecDef is Mattis. Second, with Congress exercising what he had earlier called such “an incredible degree of micromanagement” through that 3,000-page NDAA, can anyone really be in charge? Fortunately, this past weekend, HASC Chairman Mac Thornberry of Texas told reporters that he would take some blame for the bureaucratic piling-on. He flatly noted that “over time what happens is Congress puts in an assistant secretary of this, different organizations, and they just build up on each other. That’s part of the way OSD gets so big. Maybe it’s time to kind of scrape all that off and start over.” That would be a refreshing approach: a 30-page 2018 NDAA, and free reign for the SecDef to organize the building as he see fit. It is Mattis, after all. Even if not, after months of wailing and gnashing of teeth, it’s time to stick a fork in the fulminations, and get on with that business.

James Hasik is a senior fellow at the Brent Scowcroft Center on International Security.

This article originally ran at the Atlantic Council here.