Why the South China Sea Matters 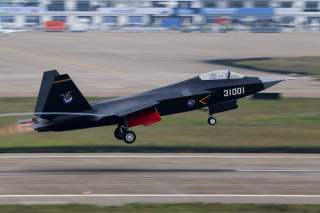 International law has had its go at the waters of the South China Sea, and what a magnificent splash.

The ruling from The Hague on July 12 was surprisingly definitive. As Mira Rapp-Hooper comments: “The tribunal ruled in favour of the Philippines on almost every count, declaring nearly all of China’s maritime claims in the region invalid under international law…China’s defeat was so crushing that it has left Beijing few ways to save face.”

The law has spoken; the trouble is the binding judgement has no enforcement mechanism. We are back to the tides and currents of politics and diplomacy and strategy. China has been embarrassed but it hasn’t blushed. Or blinked. Two months since the ruling, Sam Bateman’s judgement is that the decision “likely won’t have any great lasting political or strategic impact on the region.”

That was the backdrop to a South China Sea conference at the Australian Defence Force Academy in Canberra, run by UNSW Canberra, the Diplomatic Academy of Vietnam and the Japan Institute of International Affairs.

Discussing China’s response to the ruling, ADFA’s Dr Jian Zhang says Beijing mounted a major media war, directed as much at its own people as the international audience: “They successfully convinced the Chinese public that the tribunal ruling is illegal and it was brought in by the United States, and [that] China made the right decision not to participate. They did this well because in the current political environment it’s very hard for dissenting views to be expressed.”

Zhang says Beijing has never made a statement claiming the SCS as a core national interest: “China’s government hasn’t decided that issue yet. There’s some debate about how important the SCS is becoming. Its importance is not because of material resources but because of the US intervention.”

If SCS isn’t core, it has become a helluva big interest, driven by China’s bullying and ‘island’ building. Asia’s strategic temperature has risen. In the first decade of the 21st century, China’s ‘peaceful rise’ was embraced by Asia—Beijing basked in bouquets. This decade is all thorn and no rose. China makes the argument for the US rebalance better than anything said by Washington.

Richard Bitzinger, of the S. Rajaratnam School of International Studies, remembers that when he arrived in Singapore in 2006 the region assumed that the SCS had been finessed, even solved:

“Somehow it wasn’t important any more as a security problem, because everybody agreed to disagree. The idea being, therefore, that everybody was going to play nice and not try to make things worse. That was the case for a long time. Over the last five years we have seen all that thrown out.”

Bitzinger quotes a view within the US Navy that China wants to make the SCS a “strategic choke point.” And what a choke point; Bitzinger cites the estimate that SCS shipping traffic equals three Suez Canals and 5 Panama Canals.

Is the push and shove all about the SCS, or has it become a proxy play for a bigger regional struggle? Both answers apply—this is about who rules in the SCS and who writes the rules.

“The SCS is important because China has made it important. If there was no oil or gas worth fighting for, if all the fish died and people found alternative shipping routes, China would still want it. It’s become a political manhood issue. They have made it such an issue that to back away from it would be almost impossible for them.”

While Beijing has turned the SCS into a first order issue, Washington still has trouble ordering its responses. Zack Cooper, from Washington’s Center for Strategic and International Studies, told the conference that US strategy toward China hasn’t failed—because the US doesn’t have a strategy.

1. Primacy: using the US military to contain China. Primacy advocates use a pessimistic, zero-sum lens, believing “a rising China presents an unavoidable threat to US interests and is likely to trigger a major conflict.” Primacy is often likened to informal empire or hegemony.

2. Balance: using alliances to build coalitions against China. Balancers, Cooper says, believe the US must share power with like-minded states in Asia. “The difference between balancers and primacists is in their assessment of the US ability to meet the China challenge alone. Balancers tend to agree with the National Intelligence Council, which in 2012 announced the end of the US “unipolar moment”.”

3. Concert: using diplomacy to accommodate China. The concert school seeks a ‘Chimerican’ G2 because it’s “optimistic about Chinese intentions but pessimistic about power trends.” The US and China would agree to share power through limited accommodation and strategic reassurance. The G2 is the concert (or condominium) that dare not speak its name, chiming with President Xi’s call for a “new model of great power relations.”

4. Integration: using institutions to assimilate China. The model of optimists about “both Chinese intentions and the trajectory of Chinese power.” The responsible stakeholder argument is that China is well served by the current international system; it’s better to integrate China into an existing system made by the US than try to negotiate a new order with Beijing.

Whether US leaders want to contain, balance, accommodate or integrate, Cooper concludes, “largely depends on their views of Chinese intentions and power trajectories.” That brings us back to Southeast Asia’s strategic laboratory—the SCS as test and display of Beijing’s aims and actions.