Why the World Should Fear Iran's Missiles 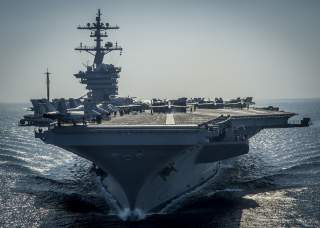 This week, the Islamic Republic of Iran followed the lead of Russia and the United States in using long-range missiles to carry out attacks in Syria. The launch of six Zulfiqar short-range ballistic missiles at targets in Syria highlighted Iran’s missile program. Iran’s program is four decades old, and traces back to the eight-year-long Iran-Iraq War and the country’s rivalry with the state of Israel. Iran’s missiles have slowly but surely gained greater accuracy and longer ranges, posing a problem for the entire region.

Iran’s interest in ballistic missiles has its origins in the 1980–88 Iran-Iraq War. Like the rest of the Iranian Armed Forces, the Iranian Air Force was crippled by postrevolution purges. Although numerically and technologically superior to the Iraqi Air Force, Iran was unable to achieve air superiority and unable to accurately strike targets deep within Iraq.