Why There is Only One Option to Deal with North Korea: A Bloody War 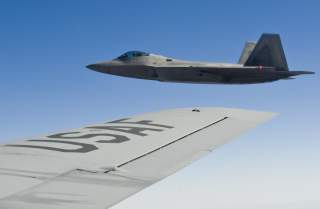 This analysis has rightly focused on the negative consequences of each decision; however, it is necessary to also assess potential benefits. With Option One there are none. But war would: prove that nuclear weapons do not confer unfettered license to threaten world peace, unify an artificially divided people, and extinguish a regime that is an affront to the human race. Moreover, depending on how it progressed, the war could bolster America’s long-term position in Asia by proving America’s ability to sustain high-intensity operations in the Western Pacific and giving China pause.

It is shocking to put to print. However, with North Korea’s inexorable advance towards developing a nuclear-tipped ICBM, we enter the realm of bad choices. On balance, war on the peninsula is the least bad alternative. There are some months left for a brilliant diplomatic breakthrough that turns North Korea from the brink – these avenues must be energetically and exhaustively pursued. This analysis is presented on the fair assumption that such initiatives will fail.

This strategic assessment assumes one of two possibilities. First, that the U.S. accepts North Korea developing nuclear-tipped ICBMs capable of reaching the continental homeland, thereby allowing Pyongyang to achieve a stable deterrence relationship. Second, the U.S. seeks to disarm North Korea with a major military strike. Related possibilities such as a limited strike are ignored, as this overcomplicates matters and escalation should be assumed in any case.

In each scenario, I provide a range of consequences. Not all futures will come to pass, but some combination of these are a certainty and have a direct cause-and-effect relationship with the chosen course of action.

The United States chooses not to act militarily to destroy North Korea’s nuclear program. North Korea successfully conducts a long-range atmospheric nuclear test, conclusively proving its ability to deliver a nuclear weapon to the American homeland. The U.S. is deterred from further intervention, and over the next five to ten years North Korea continues to expand, diversify, and protect it’s growing nuclear arsenal.

Having achieved a survivable second-strike capability and a stabilized nuclear deterrence relationship with the U.S., North Korea feels utterly unconstrained with respect to its neighbors. North Korea launches conventional ballistic missiles directly at Japan, killing scores of civilians. Instead of responding with massive force, the U.S. seeks to restrain its ally from escalating, fearful that a collapsing regime will retaliate with nuclear warheads against the United States. North Korea is co-opted into talks, but instead of rolling back it’s nuclear program in exchange for aid, the international community is blackmailed with threats of violence. The spiraling provocations destabilize the region and U.S. influence in Asia drastically recedes.

Certain that the U.S. will not be able to intervene, North Korea breaks the armistice with a massive invasion of South Korea. North Korea is pushed back beyond the 38th parallel with American help, but not before millions of South Korean citizens lay dead. In Seoul, thousands perish daily as the city remains under constant bombardment. There is overwhelming pressure to push northward in response; however, the U.S. is paralyzed by the fear that a collapsing regime will launch its nuclear weapons against the U.S. In the end, ROK forces invade the north and seize control of the peninsula. At the last, North Korea launches two dozen nuclear missiles into the U.S., devastating several major U.S. cities and killing almost 20 million people. Despite being the victim of large-scale nuclear attack, U.S. options for responding remain elusive, as the North Korean regime is already being toppled.

Realizing that American nuclear assurances are utterly worthless, Japan and South Korea have no choice but to develop their own nuclear deterrent in response to North Korea’s threats and provocations. Australia quickly follows suit. The global non-proliferation regime disintegrates as nuclear weapons spread unfettered across Asia and then the world. North Korea begins openly proliferating nuclear weapons to nations and actors hostile to the U.S. Small states and unstable regimes become nuclear powers. Nuclear weapons are available on the black market, with non-state actors now having ready access to nuclear weapons for the first time.

In the wake of America being humiliated as a “paper tiger,” U.S. allies exert their independence. South Korea questions the purpose of having U.S. forces stationed on the peninsula, and even Australia wonders what contingencies might arise in which unequivocal U.S. support would be guaranteed. Meanwhile, emboldened by American inaction, China accelerates its military build-up. Efforts to deter Chinese aggression become less effective as Beijing is convinced that America will never risk a showdown. Soon China invades Taiwan, directly challenging U.S. credibility in the Pacific.

After crossing one too many thresholds, the United States is provoked into a massive war with North Korea in a surprise attack. Targeting of nuclear facilities is vastly more difficult as the arsenal has grown and diversified in the intervening years. Miraculously, the military campaign is proving successful despite heavy casualties. America launches a ground invasion, and U.S.-ROK forces quickly capture Pyongyang. Meanwhile, China, whose conventional forces have dramatically improved, decides to intervene. Invading from the north with millions of soldiers, China takes U.S. forces completely by surprise and pushes them back with terrible losses. After capturing Seoul, Beijing makes an offer to the South Korean government that they cannot refuse – a unified Korean Peninsula under Seoul’s authority, but all U.S. forces are to be permanently expelled.

There are other possibilities that fall within the purview of these scenarios, and as noted, not everything will come to pass. However, the decision to accept a North Korean nuclear deterrent is to accept a combination of these outcomes. At the thematic level, it means: increasing North Korean provocation; nuclear weapons proliferation; weakened alliances; emboldened Chinese aggression; and the likelihood of future war waged under less favorable circumstances. Evaluated in its totality, America’s primacy in Asia would be at an end.

U.S. intelligence officials receive evidence that North Korea has successfully miniaturized a nuclear weapon and married it to an ICBM capable of reaching Los Angeles. All diplomatic avenues having been exhausted, President Trump approves the largest military air campaign in modern history. Again, not all the consequences outlined here will eventuate, but given the recommendation for war, a special responsibility exists in ensuring that all credible risks are laid bare.

North Korea is hit by a massive cyber-attack that disables communications, shuts down the power grid, and cripples command and control chains. Minutes later the sky lights up with massive ordinance as MOABs detonate over North Korean nuclear facilities and launch platforms. Thousands of North Korean artillery pieces are similarly struck, along with all palatial compounds. By the time the attack is generally known in Pyongyang, North Korea’s forces have already been seriously degraded. Eventually, low-level commanders acting under their own initiative commence an un-coordinated retaliatory action primarily targeted at Seoul. The subsequent artillery barrage kills some 30,000 people before the guns are found and destroyed. After these initial setbacks, North Korea is given some time to re-group as the American air campaign focuses obsessively on suspected nuclear sites. 36 hours later North Korea retaliates with a massive ballistic missile bombardment of Japan, killing thousands. Meanwhile, North Korean submarines attack American surface ships, somewhat complicating carrier-based sorties over the peninsula. Using hitherto undetected tunnels, thousands of North Korean troops appear south of the DMZ. They are pushed back with heavy losses on both sides, as huge numbers of marines arrive in preparation for an invasion of the North.

Despite every effort, North Korea manages to hit Japan with two nuclear-tipped ballistic missiles in the closing stages of the conflict, killing close to 300,000 civilians. The U.S. responds with low-yield nuclear bunker-busters; however, this is largely tokenistic as North Korea is already lost. This attack shatters world markets already rattled by the conflict, and panic spreads about possibilities of “loose nukes” being smuggled out as the regime collapses. Recriminations occur in the aftermath over who allowed this to happen and what more should have been done to prevent it. Combined with the large numbers of combat casualties, questions over whether the war was worthwhile or necessary precipitates political crises in multiple capitals.

The financial burden of the war is crippling and American economic recovery immediately falters. First, there is the trillion-dollar price tag for the combat operations plus post-war occupation and reconstruction. Regional trade has been smashed in the most economically dynamic region on Earth, and yet despite the slowdown in global trade oil prices skyrocket, intensifying the hardship. The world slides back into yet another deep recession, once again with the United States at its epicenter. Recovery is painstakingly slow as Japan reels from the conflict and Korea commences the generational task of incorporating North Korea. Even China’s recovery is slower than expected as it seeks to manage the millions of North Korean refugees that have poured across the border.