Why Truth is the First Casualty of War 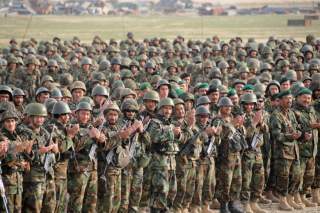 I’ve been thinking a lot lately about lying. Not the Ben Carson (“I was offered a full scholarship to West Point”) or the Hillary Clinton (“I did not send nor receive classified material” via my private email server) variety. I’m more concerned about the everyday lying that is necessary to sustain public support for U.S. foreign policies. There are several good books that study this phenomenon, including, most recently, John M. Schuessler’s Deceit on the Road to War.

The worst forms of lying misconstrue both the costs and benefits of a particular policy. As the most dominant great power in modern history, the United States has enormous latitude over when and whether to intervene abroad. But precisely because Americans are already so secure, mobilizing them to undertake foreign wars is difficult.

Difficult, but not impossible. Americans were willing to expend considerable effort to dislodge Nazi Germany and Imperial Japan in World War II. And we waged these wars in league with some truly reprehensible characters (Exhibit A: Uncle Joe Stalin). Most Americans were willing to tolerate alliances with brutal tyrants because the alternatives were far worse, and because the security stakes—for the United States—were fairly clear.

Most such cases are not nearly as clear cut, as my colleagues Ted Galen Carpenter and Malou Innocent document in great detail here; and as Ted wrote in the current issue of The National Interest. If Americans believe that we are merely trading one petty despot for another, with only a marginal improvement for U.S. security or the cause of human rights, they are ambivalent.

And then they lie about the nature of petty despot B. He’s not so bad. He’s a democrat. He’s our friend. He has the best interests of his people at heart. Sometimes, U.S. officials believe their own lies.

If this sounds at all familiar, it should. This is relevant to a few recent stories coming out of Afghanistan. Human rights groups implored the Afghan government to investigate the stoning of an alleged adulterer after a video of the incident was posted online. Afghan president Ashraf Ghani deplored the “heinous act” and then his government appointed a delegation that included, as the New York Times reported, “a prominent, pro-government mullah who believes the stoning and flogging of adulterers is perfectly justified” to carry out the investigation.

As sickening as the stoning story is, it could be characterized as an isolated incident (though it probably isn’t). Back in September, the New York Times published a long story documenting how our Afghan allies regularly brutalize young boys, and how U.S. troops had been ordered to look the other way.

I had been aware of this for years, and was frankly surprised that so many people were not. I remembered an incident from a number of years ago, when I and two colleagues from Cato met with a small group of congressmen. The subject of Bacha Bazi came up, and I recall that one congressman – I honestly don’t remember his name or where he was from – was quite shocked. Our Afghan “allies” engage in such behavior, and U.S. military personnel were aware of it? Surely, I must be mistaken, he said. What is the true nature of these relationships between these men and these boys?

I tried to explain without going into graphic detail. I settled on the term “abuse” and, when that didn’t resolve his puzzlement, “sexual abuse.” I refrained from using the terms “rape” or “sexual slavery.” Eventually, he got the picture. And, at that moment, this true believer in the U.S. mission in Afghanistan began to become a skeptic.

Truth, famously, is the first casualty of war. But if the true nature of our allies were more widely publicized, and if the news media scrutinized government officials’ claims that the security of some clan or faction in a distant land was synonymous with our own, the American people might become more skeptical of the other stories that the U.S. government tells about our foreign policies.

At least that’s my hope. A little skepticism is a good thing.