Why War with North Korea Is Inevitable 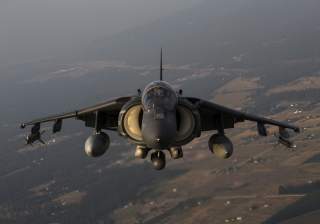 This July I outlined the case for war against North Korea, contingent on the failure of diplomacy and Kim Jong-Un’s continued march towards a long-range nuclear ICBM capability.

Six weeks on North Korea has tested an ICBM, fired two missiles over Japan, and detonated a hydrogen bomb.

Events are unfolding as predicted. The strategic arguments are exhaustively interrogated in the four-part debate between myself and Dr. David Santoro (part 1, part 2, part 3, part 4). The analysis remains unchanged, except to say that diplomatic avenues look bleak, time is running out, and the cost of war mounts daily as North Korea prepares and fortifies.

This piece focuses on the reasons why deterrence is destined for failure and war on the peninsula is increasingly inevitable. A future piece will discuss the ethics of embarking on second Korean war (and those of advocating it).

Why deterrence cannot work and shouldn’t be attempted

Many believe that North Korea’s possession of nuclear weapons, along with its conventional arsenal, rules out war.

A conflict would indeed prove more horrific than many apprehend, and being enthused by the prospect of another Korean war would truly be insane. However, what is even more insane is telling the President of the United States that the greatest nation in history, and all its 300 million+ citizens, must live in the shadow of annihilation at the whims of a sadistic cult. This is simply not going to happen, and observers insisting that there is no military option ignore reality and all senior members of this administration and the president himself. The United States will not live with a North Korea that can destroy American cities with a nuclear-tipped ICBM, end of story.

Those arguing against war insist that traditional nuclear deterrence with North Korea can work, just like with the Soviet Union during the Cold War. Before proceeding everyone should re-read the last paragraph and understand fully that their argument is an academic exercise and not a realistic course of action. They are also totally wrong, for these reasons:

North Korea’s nuclear weapons are not merely about regime survival, for all would agree that its existing capabilities are more than sufficient for dissuading unprovoked regime change. Rather, it seeks mutual nuclear vulnerability with the United States to prevent military responses to North Korea’s current and future aggression towards U.S. allies in the region.

This is already being demonstrated. On September 14, North Korea stated that:

“The four islands of the [Japanese] archipelago should be sunken into the sea by the nuclear bomb of Juche. Japan is no longer needed to exist near us.”

Hardly a declaration that nuclear weapons are for deterrence! The very next day residents on Hokkaido island received a text – ‘a missile from North Korea has been detected, take cover.'

Any suggestion that there is a ‘lock step’ allied response to these provocations is absurd. Imagine it was Hawaii that North Korea proclaimed would be ‘sunk’ and American citizens receiving texts with missiles flying overhead. Washington’s response would be starkly different.

Maybe North Korea could be deterred from launching a nuclear weapon directly against the United States (and none can be certain of that). Once North Korea possesses dozens of nuclear-tipped ICBMs, however, it can attack U.S. allies and even embark on a second Korean war knowing there isn’t a thing the United States can do about it without inviting a massive and unacceptable nuclear retaliation. This fact is not lost on Japan, Korea, or even Australia. Consequently, U.S. alliances in Asia will fast unravel.

2. North Korea is not the Soviet Union or China

This seemed so obvious that when the comparison was first made I regrettably ignored it. Since then there has been an increasing number of deterrence advocates who use the Soviet Union or China as examples to support their case.

Starting with the basics, deterrence can only exist when an adversary would have undertaken the action if not for the deterrent. In the case of China, there was never a prospect of Mao launching a nuclear strike against the United States, regardless of America’s own nuclear arsenal. Nor did America’s nuclear weapons deter China in any way – China fought the Korean war decades before the taboo against nuclear use had been established, and at a time when China did not even possess nuclear weapons!

Moreover, the capabilities and doctrine between Mao’s China and North Korea could not be more different. China did not possess any means of delivering a nuclear weapon to the United States until long after bilateral relations had been normalized. China also instituted a minimum-deterrent and no-first-use policy (maintained to this day), targeted at no specific country. Meanwhile, North Korea pursues nuclear ICBMs with gusto and constantly threatens the United States with nuclear destruction. Certainly, those in the 1960s who insisted that America could not live with a nuclear-armed China were fools, but to draw that comparison with North Korea today is spurious.

The Soviet case is equally broken. For most of the Cold War, the United States believed itself the conventionally inferior party that had to compensate with nuclear weapons. America’s objective was not to deter a Soviet nuclear attack but rather an invasion of Western Europe. Soviet domination of Western Europe would have posed such an existential threat to the United States that it was credible for America to initiate a nuclear war to prevent it. This credibility was underscored by the fact that two European NATO allies possessed their own nuclear deterrents and could retaliate to an attack on behalf of themselves.

By contrast, it is not credible that the United States will incur large-scale nuclear attack from North Korea on behalf of South Korea or even Japan. Unification of the peninsula under Pyongyang would not threaten America’s existence. The North Koreans know this and will therefore not be deterred.

Others say that Ballistic Missile Defense (BMD) is the answer. The reason being that deterrence by punishment (nuclear retaliation) can be combined with deterrence by denial (thwarting an attack) to effectively deter hostile aggression. After all, if North Korea believes that America can shoot down its ICBMs, it is less likely to engage in hostile acts in the first place.

Again, this is wrong. The hostile reaction of China and Russia to BMD aside, missile defense is more like a Kevlar vest than an impregnable bank vault – the bad guy will still shoot at you, you are hoping to reduce some of the damage. It will take decades of proven efficacy before long-range BMD systems have any deterrent effect at all. In the interim, BMD systems must be assessed as an operational capability, not a strategic one.

However, the most significant issue is that nuclear deterrence simply doesn’t work the same way in the context of a major power-weak state dyad. Nuclear deterrence was effective with Russia and China because both saw themselves as massive and great civilizations in which nuclear weapons were guarantors of ultimate security, not instruments of first response. The risk of uncontrolled escalation created a disincentive against threatening the core interests of rival nuclear powers, and reduced (but hardly eliminated) the threat of major power war.

The incentive for North Korea is exactly opposite. Far from avoiding threatening America’s core interests, doing so directly advances Pyongyang’s own strategic goals. This is because the costs to the United States of intervening will greatly outweigh those of acquiescing to what are, relative to major power competitors, modest North Korean objectives (even though the long-term consequences for the United States’ position in Asia is profound). Moreover, unlike with America’s major power rivals, any level of American military intervention taken against North Korea would necessarily be interpreted by Pyongyang as an existential threat to regime survival, meaning that dramatic escalation is assured and not merely a risk. In short, North Korea will increasingly engage in hostile aggression below the nuclear threshold, without fear of conflict. The bottom line is that the United States will be deterred, not North Korea, despite the wide gap between their respective nuclear capabilities.

A better example than China or Russia would be India and Pakistan, were Pakistan only aggressive toward distant Indian allies and not India itself. It is inconceivable that India would incur a major nuclear exchange on behalf of these allies, and therefore Pakistan’s nuclear arsenal would serve as a deterrent for India, but not the other way around, thereby encouraging Pakistani hostility.

The differing nature of each country’s political system should not be ignored either. In the case of both Russia and China, there is an advanced political structure in which the leaders who emerge have risen during a long career. These individuals must possess a degree of reason, patience, and resilience as pre-requisite of their station. In the case of North Korea, however, the requisite qualities are dynastic pedigree, personality worship, and absolute brutality – hardly a dependable catalog for nuclear restraint. Deterrence advocates rely heavily on Kim Jong-Un’s rationality to support their case. Leaving aside the fact that nuclear first use by North Korea could be rational, given the nature of the regime it is irrational for a U.S. president to stake millions of American lives on this assumption.