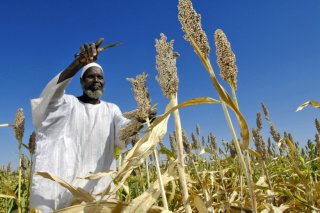 With over a billion people and the second largest continental landmass in the world, Africa is complicated and defies generalization. Yet, we do it all the time. Here are five trends to keep an eye on for 2015:

1. A Resurgence of Afro-pessimism. For the past several years, the narrative about Africa has been upbeat, ranging from McKinsey and Company’s “Lions on the move” to the Economist’s “A Hopeful Continent.” That could change in 2015, with a militant jihadism in the Sahel, an implosion in South Sudan and the Central African Republic, and Ebola. Falling oil prices will also mean declining currency values and falling stock markets in oil-dependent states. But, Afro-pessimism can distort as much as ‘Africa rising.’

2. State Stability: The political climate in Africa is unstable. While Burkina Faso has seen a relatively peaceful transition, there are several African countries in a current state of conflict or perpetual insecurity. Will the civil war in the South Sudan continue? How will the elections play out in Nigeria? What will happen as political elites prepare for a post-Mugabe Zimbabwe? Only time will tell.

3. Disease: The headlines are dominated by Ebola, a disease that like HIV/AIDS andMarburg, jumped from animals to humans in Africa and yielded devastating results. With the continued destruction of forests and the concentration of people in fetid urban slums, it is possible that a new disease will emerge in 2015. Despite Ebola and continued high levels of HIV/AIDS, the African disease story is increasingly positive. Africa is nearly polio-free and there has been dramatic progress in reducing mortality caused by malaria, in part because of the more extensive use of bednets. But, primary preventative healthcare and health systems need to be strengthened to meet the challenges of future outbreaks as well as consolidate the health gains African countries have made.

4. Energy: Innovative solutions should be watched. They have the potential to address Africa’s energy needs. In particular, there is the promise of Power Africa, the private public partnership the United States is leading, bringing together six African governments, private sector companies and investors, and major development banks in order to double access to clean, reliable energy. African governments are also making independent investments in renewable energy solutions. Kenya, for example, has commissioned a geothermal power project and the South African government is also pursuing a new nuclear energy strategy to boost the national power grid.

5. Elections: Elections can build democracy or exacerbate conflict. For good or ill, there will be thirteen presidential elections in Africa in 2015. Some elections may lead to positive geopolitical change. In Tanzania, incumbent president Jakaya Kikwete cannot seek a third term. In Ethiopia, freed from the dominant grip of Meles Zenawi by his death in 2012, the political playing field is more even than ever before. Yet, the power of incumbency remains strong. In Cote d’Ivoire, President Alassane Ouattara, who came to power in the first post-civil war elections in 2010, will run again in 2015 and likely win. Sudan’s president Omer al-Bashir is essentially guaranteed an electoral victory, extending his twenty-five year reign. Similarly, Togo’s Faure Gnassingbe will likely remain in power.

In some countries, elections could escalate tensions and may trigger political violence. South Sudan’s elections will likely be fraught, particularly as the specter of civil war hangs over the new country and ethnic rifts plague the populace and political elites.

Nigeria will also be especially important to watch. The new opposition party, the All Progressives Congress, may present an unprecedented threat to the president’s People’s Democratic Party. With the specter of Boko Haram hanging over the country, the government will need to take extra precautions to guard against political violence and terrorism.

This piece comes courtesy of CFR.