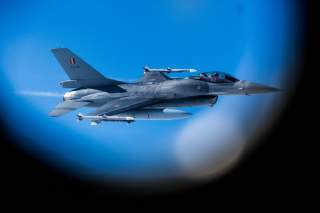 President-elect Donald Trump’s most consistent theme during his campaign for the nomination and then in the general election was that he would renegotiate or withdrawal from various international treaties and agreements in order to get a better outcome for America. He argued that the North American Free Trade Agreement had to be renegotiated in order to make it fairer. His opposition to the Trans Pacific Partnership basically terminated the negotiations for this major trade agreement. Trump has said that he would withdraw the U.S. from the Paris Treaty on climate change because too much of the burdens it imposes falls on the U.S. and other industrialized countries. Both the President- and Vice President-elect have indicated that they would reverse the current administration’s opening to Cuba and re-impose the fifty year old embargo. Candidate Trump declared last March that “my number one priority is to dismantle the disastrous deal with Iran.” He accuses U.S. negotiators of having done a poor job arguing that Iran could legitimately develop a nuclear weapon in 15 years. Just yesterday he lambasted the World Trade Organization, declaiming that since it came into force the U.S. has lost 70,000 factories.

The incoming leader of the Free World also has been highly critical of many international security agreements, including some of this nation’s most important and enduring treaties. For example, Trump has argued that U.S. bilateral security treaties with South Korea and Japan are one-sided. Last year he observed that “if Japan gets attacked, we have to immediately go to their aid. If we get attacked, Japan doesn’t have to help us. That’s a fair deal?” At other times, he has argued for continuing the security relationships with Kuwait and Iraq only if those countries paid the U.S. in oil.

But his sharpest criticism has been reserved for the North Atlantic Treaty Organization (NATO). In one of his now infamous tweets, President-elect Trump declared that “it's possible that we’re going to have to let NATO go. When we’re paying and nobody else is really paying, a couple of other countries are, but nobody else is really paying, you feel like the jerk.” But the President-elect went much farther than previous critics of the unequal commitment of resources of NATO countries. Trump gave the other 27 members of the alliance a blunt warning:

I would call up all of those countries...and say ‘fellas you haven’t paid for years, give us the money or get the hell out.’ I’d say you've gotta pay us or get out. You're out, out, out...Maybe NATO will dissolve, and that’s OK, not the worst thing in the world.

In an interview with the New York Times, the President–elect framed the issue as if the NATO Treaty was a bad business deal from which he is prepared to walk away.

If we cannot be properly reimbursed for the tremendous cost of our military protecting other countries, and in many cases the countries I’m talking about are extremely rich. Then if we cannot make a deal, which I believe we will be able to, and which I would prefer being able to, but if we cannot make a deal, I would like you to say, I would prefer being able to, some people, the one thing they took out of your last story, you know, some people, the fools and the haters, they said, ‘Oh, Trump doesn’t want to protect you.’ I would prefer that we be able to continue, but if we are not going to be reasonably reimbursed for the tremendous cost of protecting these massive nations with tremendous wealth…with massive wealth. Massive wealth. We’re talking about countries that are doing very well. Then yes, I would be absolutely prepared to tell those countries, ‘Congratulations, you will be defending yourself.’

While less than diplomatic, Trump’s remarks are not much different than those made by many other U.S. leaders over the years. Former Secretary of Defense Robert Gates made comments in 2011 that seemed to presage the remarks by the President-elect:

The blunt reality is that there will be dwindling appetite and patience in the U.S. Congress — and in the American body politic writ large — to expend increasingly precious funds on behalf of nations that are apparently unwilling to devote the necessary resources or make the necessary changes to be serious and capable partners in their own defense.

The President-elect frames this country’s alliances in Asia and Europe as a set of “pay to play” arrangements.  Perhaps he believes this.  But his basic point, which is the U.S. pays a disproportionate share of the burden of collective defense, is indisputable. So, those nations that cannot meet their basic budgetary commitments on defense – which are most of the NATO countries, have a problem, one the incoming administration seems unwilling to tolerate.

So what if President Trump decides to renegotiate the North Atlantic Treaty, NATO’s founding document? What would he consider a fairer deal for the U.S.? Clearly, his major beef with most our allies is their lack of spending on defense. Perhaps, the treaty could be amended to establish binding minimum spending targets. The alliance set non-binding targets for defense spending – two percent of gross domestic product (GDP) – which the majority of members (with the exception of the U.K., Poland, Greece and Estonia) have failed to meet. Or European members could create an investment fund, the equivalent of the nearly $2 billion U.S. European Reassurance Initiative, to defray some of the costs of U.S. activities and deployments for the defense of the alliance.

The obvious question about any effort to make NATO countries meet their defense commitments is enforcement.  A number of European countries routinely violate their fiscal pledges not only to NATO but also to the European Union (EU). One way may be to change the current decision-making system, which relies on the creation of a consensus among all members. Would a proportional voting system with a country’s share of votes based on the relationship between its defense budget and the two percent target work?  A report by the Heritage Foundation proposed that should a member's defense spending fall below two percent of GDP for more than three consecutive years, its voting rights would be sus­pended in both the governing North Atlantic Council and the Defense Plan­ning Committee until its defense budget increased to two percent.

The immediate response by some NATO countries that are also members of the EU was to resurrect the idea of a European Defense Policy and even a European army. This is laughable. Europe would have to invest hundreds of billions more to acquire unique capabilities such as in electronic warfare, intelligence, surveillance and reconnaissance, missile defense and precision strike that the U.S. largely provides. More importantly, in the aftermath of Brexit and the Italian referendum, only NATO holds Europe together.

Frankly, Trump has significant leverage when it comes to negotiating with the 27 other members of the alliance. Perhaps he can be persuaded as to the inherent virtues of the Alliance. I would hope this will be the case. If not, then our allies better be prepared to pony up serious money. Or they can prepare to surrender.