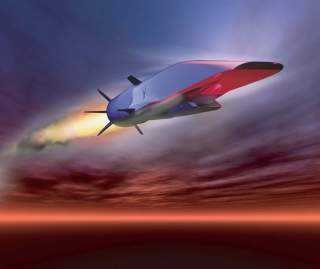 Russia will build 24 nuclear-capable hypersonic missiles over the next decade, according to a new report.

This month, Jane’s Intelligence Review published a report revealing that Russia secretly tested its Yu-71 hypersonic glide vehicle (HGV) from an SS-19 missile in February of this year. “A test launch from the Dombarovsky missile division site in February 2015 suggests that Russia is actively pursuing the development of a hypersonic glide vehicle that could potentially expand the long-range strike capabilities of its Strategic Rocket Forces,” the Jane’s report said, the Washington Times reported.

However, that test, like previously Russian ones, was reportedly a failure.

Along with countries like China and the United States, Russia’s been developing hypersonic missiles in recent years under its Project 4202. The Yu-71 missile is expected to reach 11,200 kilometers per hour (7,000 miles per hour) and is extremely maneuverable. The maneuverability of hypersonic missiles allows the projectiles to skirt most missile defense systems, which are aimed at targeting the predictable trajectories of ballistic missiles.

Moscow has repeatedly expressed concern that America’s missile defense systems threaten its strategic nuclear forces. As such, it makes sense that Moscow would equip its hypersonic missiles with nuclear warheads.

The Jane’s report indicates that by the time Russia’s Yu-71 hypersonic missile enters into service, Moscow may also have its new Sarmat intercontinental ballistic missile to launch it from. The Sarmat is a liquid-fuel ICBM that is able to carry multiple warheads.

The Jane’s report also suspects that PAK-DA, the next-generation strategic bomber Russia is currently developing, will also be able to fire hypersonic missiles. That being said, the tremendous speed of hypersonic missiles makes them better suited for land-based missiles.

Altogether, Jane’s believes that Russia will deploy some 24 nuclear-capable Yu-71 hypersonic missiles between 2020 and 2025.

This is consistent with past statements by Russian defense industry officials. For example, back in November of last year, Boris Obnosov, general director of the Tactical Missile Systems Corporation, said he expected the first hypersonic missiles to appear before 2020. "In my estimation, the first hypersonic products should appear … in this decade — before 2020. We have approached this. We are talking about speeds of up to six to eight Mach. Achieving higher speeds is a long term perspective," Obnosov was quoted as saying at the time.

This timeline seems fairly optimistic, however. Indeed, Russia has reportedly been experimenting with hypersonic missiles since the 1980s when the Ronald Reagan administration first proposed the infamous Star Wars missile defense system.

Moreover, as noted above, Russia’s hypersonic missile tests have repeatedly failed, including the most recent one in February of this year. This stands in stark contrast to China, which has successfully test fired its Wu-14 hypersonic glide vehicle on a number of occasions.

Another factor that could force Russia to miss Jane’s deadline is that the hypersonic program, while evidently a priority for Moscow, is taking place amid a much broader military modernization program. Accordingly, the amount of resources Russia will be able to devote to a program with an uncertain future is questionable, especially given the country’s mounting economic woes. In a pinch, Moscow could focus on more reliable programs in order to have as many deliverable weapon systems during the modernization program timeframe.